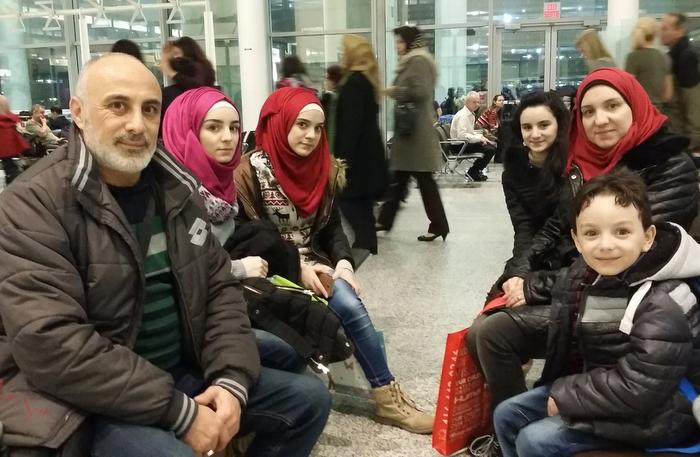 PHUKET: Last week, I met with an American who wanted to apply for a tourist visa for his Thai wife. The American has lived in Thailand for about four years. I asked him why he was living in Thailand instead of the United States with his wife. What he told me was a bit jarring.

He said, “I am an economic refugee. If I lived in the United States, I would be living in a trailer home, worried about getting sick and feeding myself.” He informed me that what he receives from his monthly pension provides him with a comfortable life that would not be possible if he lived in the United States. Of course, he is not a refugee. He is in Thailand by choice.

However, there are large groups of people who have been forced to leave their home country because of persecution, war, or natural disasters. According to the United Nations High Commissioner for Refugees, there are nearly 100,000 registered refugees and asylum seekers in camps along the Myanmar border. The refugees are provided basic food, shelter, medical care and schooling through NGOs.

In Bangkok, there are many non-registered asylum seekers and refugees who are hidden within the city. They typically entered Thailand on some type of visa and never left the country. They remain in Thailand without permission and hide themselves away for fear of being found and returned to the place of their persecution.

A friend of mine, John Federaland, volunteers at a Christian Church in Bangkok. He told me a story of a family of asylum seekers that live hidden in Bangkok.

It has just been over a year since he first met Goshif’s family in our Christian church. Back then, he did not really know much about their background or story. Only recently did he learn that they are living in Thailand as asylum seekers where every day is a challenge to survive.

Goshif, his wife, and young children fled Pakistan to escape discrimination, mistreatment and persecution. This decision is not unusual for people like them who are Christian converts. In Pakistan, it is illegal for Muslims to convert to another religion under their ‘Blasphemy Law’. Christian converts are targeted for imprisonment, violence, and even execution. Goshif decided to come to Thailand because he found out that it’s cheaper to travel and live here.

Goshif and his family entered Thailand legally on a visitor’s visa. Since entering Thailand, they have not been able to obtain an extension on their visas and have been living in seclusion, moving from one place to another to escape detection by government authorities. They have applied as asylum seekers with the UNHCR in Thailand.

While waiting for their hearing at the UNHCR, they stay in their apartment on the outskirts of Bangkok. The church provides them with a small amount of money and food. Goshif goes out every day looking for low wage, manual labor jobs to cover the remaining expenses. The young children cannot go to school so they stay in the apartment all day and go out to play for a couple of hours in the evening. The only time they travel from their home is on Sundays to go to church.

“It is a difficult life in Thailand for Goshif and his family, but they feel safer than if they returned home,” John told me.

In my practice, I receive weekly calls and emails from people seeking assistance with asylum applications. It is very difficult to assist them because they lack financial resources and filing a claim is expensive.

Thailand is not a signatory of the 1951 Refugee Convention and does not have any laws governing how to deal with refugees. Refugees who enter Thailand on a traditional visa and overstay, are viewed by Thai government authorities as illegal migrants. If located, the refugees would be sent back to the persecution that they are trying to escape. Their lives in Thailand are very difficult. If they still would rather be in Thailand than their birth country, it is hard to imagine what they are escaping.

Mr. Robert R. Virasin is a licensed U.S. Attorney and managing director of Virasin & Partners. Mr. John Federaland lives in Bangkok and volunteers every Sunday teaching English at his Church. The UNHRC can be contacted through their website at https://www.unhcr.or.th/.