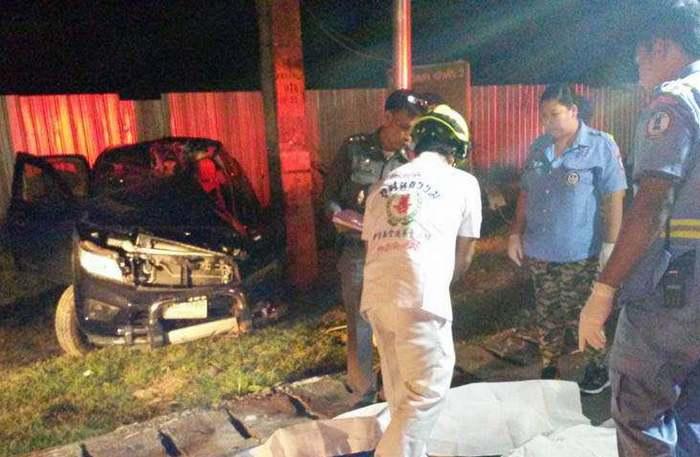 PHUKET: Officials are looking to identify one of the two victims of a single vehicle crash in Chalong early this morning.

Police believe that Chiang Rai native Surapong Sae-lee, 24, lost control of his pick-up truck at a curve near King Power Phuket, causing him to slam into a utility pole. The impact killed both Mr Surapong and his passenger, known only as ‘Joi’, confirmed Capt Somkid Ornjan of the Wichit Police to the Phuket Gazette this afternoon.

Mr Joi is believed to be a Thai national between the age of 20-25 years old.

Both men were pronounced dead on arrival at Vachira Phuket Hospital.