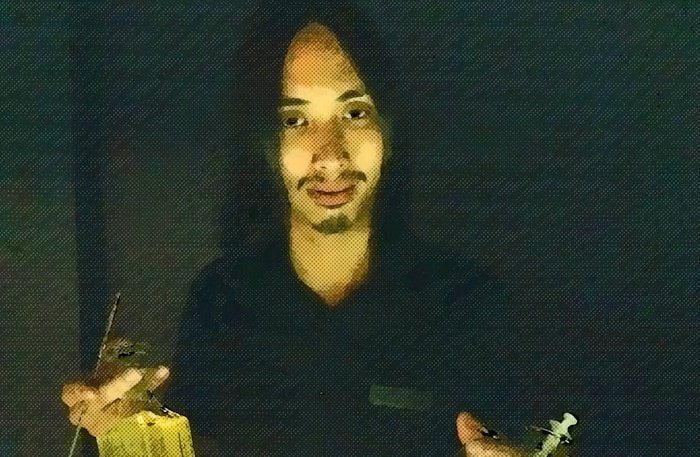 PHUKET: Tom Auttayatamavittaya, also known as Tom Funk, won first place in Thailand, top ten in Asia Pacific and 49th in a galaxy of 8,500 contenders at the bartending competition Bols Around the World 2015.

He recently moved house, so to speak, from Yaowarat Road in Phuket Town to a bigger venue on Phang Nga Road, and is now defying the laws of density with experimental cocktails and shooters at Zimplex’s mixology laboratory.

Before returning to Phuket from Bangkok to open the bar in 2011, Tom worked as a copywriter at an advertising company for 10 years.

When asked why he decided to come back he said, “I set a work goal for myself to win an award at the Cannes Lions International Festival of Creativity, sort of the equivalent of the Olympics for advertising. And I did; I won the gold medal. So, I quit and moved back to Phuket.”

Once settled, he opened Zimplex, which was originally designed as a place to hang out with friends, party and dance to music played by none other than DJ Tom Funk.

Since then, Tom has hung up his headphones and branched out into the world of mixology, and, as can be seen, he’s shaking things up.

“It all started when my friend bought me a skull shot glass. My girlfriend Nann asked if it was possible to make a shot that looked like it had brains in it. At first I thought it would be impossible, but then we went out and bought different types of liqueur and experimented. It took about 20 tries to get it right.”

“Art is also a big inspiration, and Nann is extremely artistic. She is the one person who
inspires me the most.”

Without any prior knowledge of bartending, Tom and Nann decided not to look up any recipes on line or read any books on how to mix cocktails.

“We sat down and cataloged all the tastes and densities of different liqueurs and found out through trial and error what tasted good together and what layers we could create by ‘hacking’ the density when they are combined.”

With signature shooters entitled ‘Nebula Jellyfish’, ‘Master of Density’ and ‘Parallel Universe’, these beautiful, glowing works of drinkable art are truly sights for sore eyes and perfectly depict their namesake.

But don’t expect to find out the recipe.

“I know 200 different cocktails and shooters by memory. Only Nann and I know the recipes, but once in a while I write one down. Eventually, I want to make a cocktail book and collaborate with a publisher from the UK or United States.”

Part of Tom’s genius is that he is constantly sourcing inspiration from customers.

“For example, if you were to come in and say, ‘Tom, I had a bad day at work. I need something to refresh my soul and mind’. Then I will make an original shooter, just for you. Something fresh and upbeat, maybe using the color pink.

“That’s what we do, we are not bartenders, we are mixologists.”