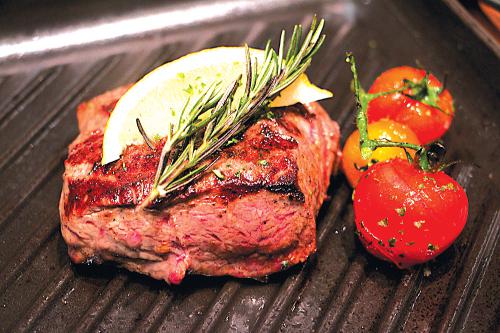 PHUKET: “If you don’t move forward, sooner or later you begin to move backward,” once said former Soviet Union leader Mikhail Gorbachev in a speech at the Harvard University. He might have been addressing the issue of nuclear disarmament but his words remind us of one of life’s great truths – change is not only unavoidable, it’s necessary and good.

Owners of Angsana’s Bodega & Grill restaurant in Phuket Laguna understand this, and as much as they respect their returning customers preferences, they aren’t afraid to experiment with their menu. They actually do change it with great regularity, twice each year, around June and December. And they make sure that each time it’s a change for the better.

“The new menu is double the size of the previous one,” says Mirko Cappa, Bodega’s Executive Chef. “A lot of new dishes have been added, including additional choices for vegetarians, some classic Italian pasta dishes and an extended steak menu. Some of the new dishes on the menu like rigatoni amatriciana, penne arrabbiata or homemade pappardelle were requested by our returning guests.

“The seasons change, so we change the menu,” adds Executive Sous Chef Yi fan Chu. “For example, you will see more game on the new menu, like wild boar or rabbit. This reflects winter-time flavors,” he says.

And some of the new choices are already becoming guests’ favorites, such as the filet mignon from grain feed prime beef – a silky, juicy meat portion served in a rustic manner on a hot iron skillet, the Bodega’s carpaccio of Porterhouse beef and Phuket lobster with artichokes and fennel salad, or the 18-month aged burrata cheese wrapped in San Daniele ham and served with caponata of kalamata olives and cherry tomatoes. Chances are, some of the items will stay on the menu for quite a while.

What strikes me when reading the new menu is the opulence and diversity of ingredients used. From zucchini flowers and organic, sun dried tomatoes to rustic Tuscan bread and juniper-cinnamon home- smoked rainbow trout. “All of our ingredients are homemade, everything is made from scratch.

Food that is not locally grown in Thailand is imported from Italy, Australia, the US and Canada,” explains Chef Cappa. “I enjoy experimenting with new ingredients and dishes,” says Chef Cappa. “When suppliers introduce me to new produce, I create new dishes and serve them in the restaurant as a special for a few days to see the feedback from our guests. If a dish receives great feedback, it will surely be added to the new menu.”

It’s also up to the guests to decide what will stay in the menu, like its core, classic dishes that have become irreplaceable favorites over the years, like the signature Tomahawk steak, 1.2 kilograms of high quality beef.

The meal I’m served at the Bodega & Grill is a formidable, balanced combination of the old and the new. I quickly establish my personal favorites list, which includes such delights as delicate, yellow-fin tuna and Norwegian salmon tartare and the flavorful foie gras with slow-roasted Portobello mushrooms (the restaurant’s wine waiter does a great job of finding a wine – medium-bodied Chilean chardonnay – suitable for both, very different, starters).

It will be a pleasure to come back to Angsana to enjoy them again, but I’m also looking forward to the thrill of discovering the new flavors and surprises that Bodega’s future holds.

THINK Design: Art you can eat