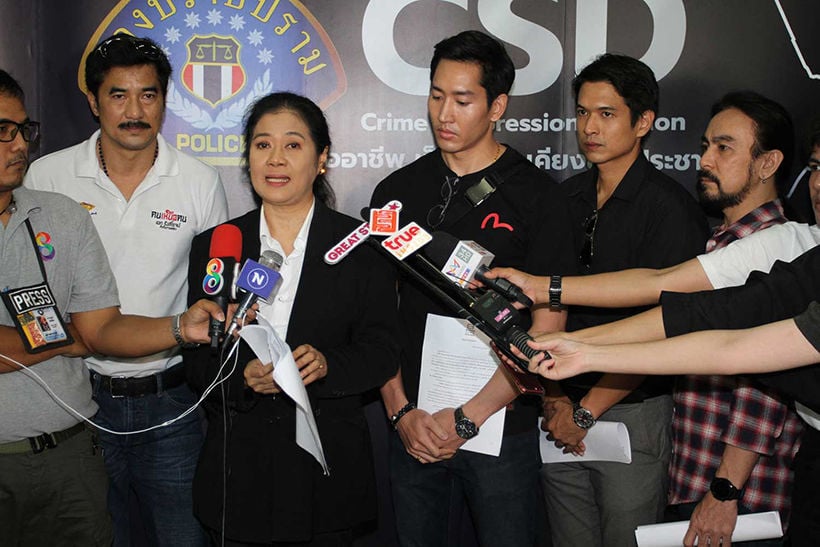 The cast of a popular Thai costume drama allege they haven’t been paid. Actors in the semi-historical TV drama Lued Suphan or “Blood of Suphan” have accused the producer of withholding about 2 million baht in wages.

The cast went to the Crime Suppression Division head office in Bangkok  Thursday to file a complaint, saying the production company refused to pay wages owed to actors, actresses and scriptwriters.

While they did not publicly name the company, their Facebook page indicated it was produced by the Pre-Pro-Post-Live Entertainment company.

Actress and star Duanghathai Satthathip says the cast were hired after the producer got the work from the Ministry of Culture. Production began in August last year and continued into September, and it was broadcast on TV Channel 5 in October.

Duanghathai says some of the cast received wages, but she and other members in her group are still owed about 2 million baht that should have been paid by September 1 last year. The producer kept postponing the payments, which totalled about 2 million baht, while in the meantime, the drama has been rerun, she said.

Duanghathai says the cast contacted the Ministry of Culture and learned that the producer was paid in full, so they want to know why they haven’t been paid. Over the years, she says, they’ve worked on other productions with state agencies and had never encountered such a problem.

After examining the evidence, CSD investigators said it’s a civil, not  a criminal matter and advised them to consult a lawyer about filing a civil lawsuit.