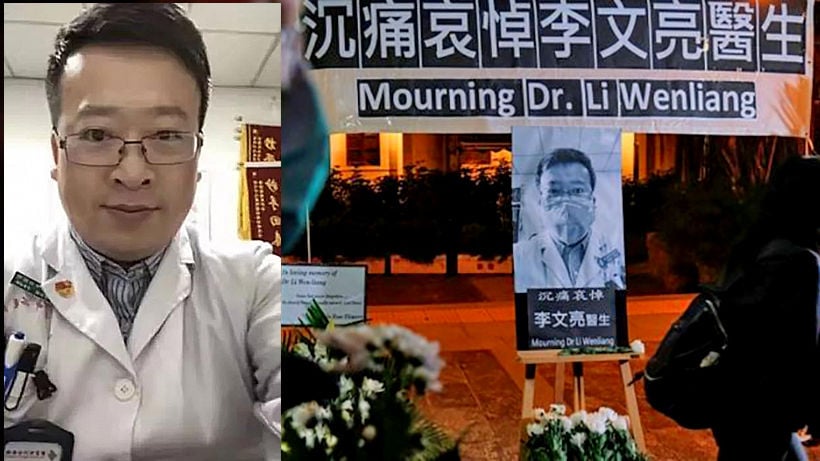 In a country where media, especially social media, is tightly controlled, the events surrounding the death of young doctor Li Wenliang have been particularly surprising. An outpouring of frustration, grief and anger, directed at the Chinese government, made its way onto the Chinese social media platforms and was shared by millions before, as expected, finally being taken down.

Such is the Great Firewall of China, that any critical social media is usually removed in quick time by an ‘army’ of censors said to be even larger than the physical Chinese Army – you know, the ones with guns and things that go BANG.

As the young doctor, whose early pleas were caught up amongst the early media flurry and other random videos coming out of Wuhan, was ailing in a hospital, a victim of the coronavirus, Chinese censors tried to actively diffuse his message, punish and discredit him. Until he actually died.

But let’s back up a month or so…

A young ophthalmologist in one of Wuhan’s hospitals alerted his peers and sent online messages about a mysterious new virus afflicting residents and starting to fill up hospital beds. He was subsequently arrested and punished for spreading “rumours” as the city’s government continued to downplay the dangers of the virus. His messages spoke of “the spread of a SARS-like virus”.

“I only wanted to remind my university classmates to be careful.”

Li was speaking from his hospital bed, having succumbed to coronavirus himself. On Friday morning, his condition worsened, and the 34 year old died, just another statistic out of the hundreds of fatalities from an outbreak that has spread well beyond Wuhan.

We now know the Wuhan government tried to actively stifle information in the early weeks of the outbreak, including the news that Li and other whistleblowers were being silenced. There have been countless medical staff, and even officials (including the Wuhan Mayor) who have since apologised for not reacting quickly enough and trying to control the flow of information.

It led to considerable anger amongst the Chinese citizenry and plenty of tut-tutting from western media. But central authorities were able to wrest back control of the narrative by allowing a rare transparency and access to information on what was going on, and giving Chinese media a free hand in covering the outbreak, a rare courtesy. 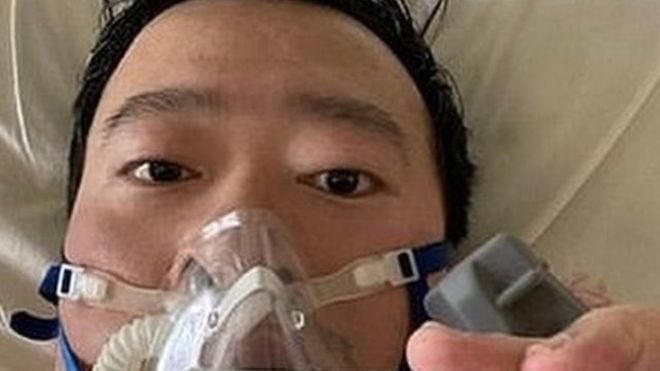 Certainly over the past week the central authorities have re-tightened their grip on information, as they’ve also introduced unprecedented steps to control the virus, including complete lockdowns of entire cities. Much of the country remains on voluntary or mandatory quarantine. The fallout from the outbreak – the way it was handled medically and as news – will resonated in the Chinese psyche, and the economy, long after the spread of the virus is brought under control.

Speaking about the early whistle blowers who who trying to raise the alarm, before the virus had a name or had started to kill people, Dr Li’s peers and some officials are now acknowledging that their early warnings probably saved thousands of lives.

Zeng Guang, chief epidemiologist at the Centre for Disease Control and Prevention says… “In retrospect, we should highly praise them. They were wise before the outbreak.”

The reaction to Li’s death spread quickly across the Chinese internet. The comments came fast and furious, it was immediate and almost unprecedented.

“Are you angry? If any of us here is fortunate enough to speak up for the public in the future, please make sure you remember tonight’s anger.”

“Countless young people will mature overnight after today… the world is not as beautiful as we imagined.”

For a much longer time than usual, the people pulling levers that control the Great Firewall either didn’t know what to do, or simply couldn’t control the wave of frustration being tapped out on millions of Chinese smartphones.

Usually, anything vaguely controversial, or critical of the Chinese Government, communism, or even discussion about censorship, is quickly removed. This time the messages were circulating for many hours and were seen and shared by, probably, tens of millions.

Two hashtags were trending on the Weibo platform (Weibo is a Chinese-made combo of Twitter, Facebook and Line, all in one mega-platform).

“We want freedom of speech”

Another hashtag, “I want freedom of speech,” had around 2 million views in the early hours of Friday, before it eventually vanished from Chinese screens as well.

The controlling of the narrative following his death was as clumsy as the earlier attempts to stifle Dr Li’s efforts of whistle-blowing.

Online state media outlets reported the doctor’s death late on Thursday night, quoting friends and peers at Wuhan Central Hospital. Then all references to the reports vanished without explanation. The hospital then claimed efforts were underway to resuscitate Li, but later issued a statement that he had died. The eventual confirmation came late at night, a PR tactic used by governments everywhere to announce things they don’t want noticed. But plenty of people were still awake.

“I knew you would post this in the middle of the night.”

The fury came thick and fast as Chinese recognised the ham-fisted attempts at twisting the narrative and then misreporting and mishandling the doctor’s death.

“A doctor had to die twice,” wrote a user on WeChat.

“That is national humiliation.”

For a fleeting moment in China’s recent history the Great Firewall failed and the plight of of a plucky young doctor became the talk of China, spread quickly through social media, before it was stifled. But the discussions about his death, and what it means, continue around the water coolers of Chinese offices and the corridors of hospitals.

Li’s death and the authorities’ clumsy handling of the news, and the news about the Coronavirus generally, continues to exacerbate a crisis that is already rattling the stern communist foundations of the Chinese state. Beijing’s efforts to manage both the coronavirus, and the news about the virus, have laid bare the worst aspects of China’s governance under President Xi Jinping.

Dr Li Wenliang may well end up the face of the Wuhan or Chinese Coronavirus, a story of courage and pluck, and how his message pierced through the Great Firewall of China.

Coronavirus UPDATE – over 100,000 Chinese are still in Thailand