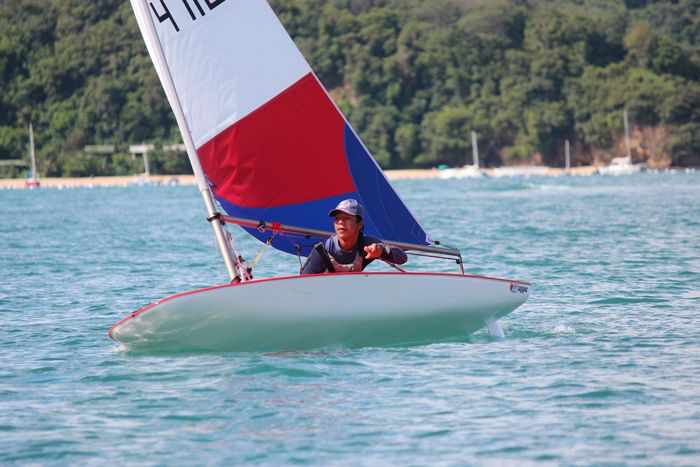 PHUKET: Three young sailors who grew up in a local orphanage are preparing to be the first to represent Thailand in a world class sailing event in Wales in August.

Ekkapot Kaenkaew and Theerapong Tokratoak, both 17, and Kartoon Jundet, 12, are members of the Phuket Youth Sailing Club (PYSC), which has been invited to send competitors to the International Topper Class World Championships.

The Topper, a 3.4 meter centerboard dinghy, is widely used for racing and learning how to sail.

The two older boys have been sailing for six years, and Kartoon for four, said Katy Gooch, who with her husband, Paul Firmin, owns the Topper Sail Phuket sailing school in Ao Yon which sponsors the PYSC.

The trio will compete first in the Topper Nationals in Wales from August 3 to 7.

“They need to get used to sailing in a colder climate,” Ms Gooch said, “and anyone can join the nationals.”

The sailors have been offered free coaching before the events. “It will be an international group, and they can impart the experience they gain to the other sailors here when they come back, and enrich our team,” Ms Gooch explained.

The boys have competed in multiple Optimist Nationals in Thailand and all three travelled to the Double Star Cup International Regatta in Qingdao, China in 2012. Each has won the topper event in his age group during Phuket Youth Week, and Ekkapot was the Optimist Class Winner at the 2011 Phuket King’s Cup Regatta and the Topper Class Winner at the same event the following year.

They were introduced to sailing in the PYSC, where up to 15 children from Phuket Sunshine Village (PSV) train once a week, and every day during school holidays, Ms Gooch said.

PSV was founded after the 2004 tsunami, and provides a safe and secure home for children who are either orphaned or not able to live with their parents.

Ekkapot and Theerapong are now studying Tourism at Phuket Technical College, and Ekkapot is fulfilling his work experience requirements by teaching at the PYSC.

Though Ms Gooch hopes to be able to take all three sailors to the event, funding is a concern.

The topper is a 3.4m centerboard dinghy used for racing and learning to sail. Photo: Supplied

The International Topper Class Association has provided some sponsorship, and the Phuket sailors will be given sailboats at the event to use for no fee, but travel, accommodation and gear costs still need to be raised.

Local companies are invited to sponsor a Topper boat in Phuket to support the sailors, Ms Gooch said. “We’ll put their logo on the boat, and their donations will go to pay for travel costs.”

Anyone wishing to help send the youths to Wales is invited to contact Ms Gooch at: katy@toppersailphuket.com or at 085 215 9185.