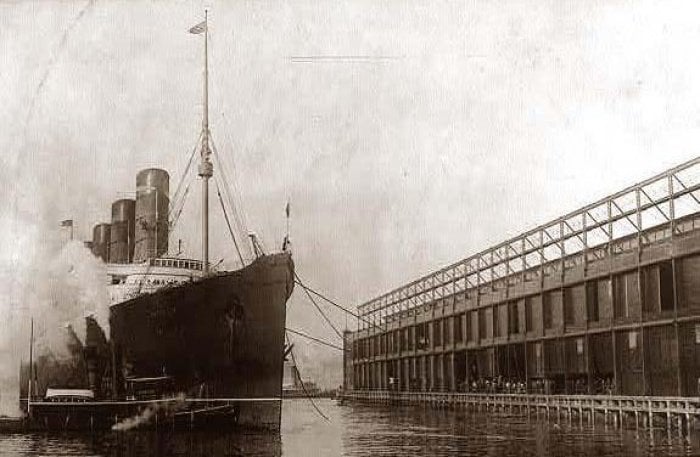 PHUKET: Erik Larson is an accomplished writer of non-fiction. I greatly enjoyed the fourth of his seven books: The Devil in White City, which contrasted the glories of the 1893 Chicago World Columbian Exposition with the sordid dealings of a charming serial killer. The contrast in his new book, Dead Wake (Crown Publishers, New York, 2015, 430pp) is between the Lusitania, the world’s largest, fastest, most luxurious passenger liner and the German submarine that sank her off the coast of Ireland on May 7, 1915.

World War I was in its second year and submarine warfare had come into its own with the sinking of a British cruiser in the Mediterranean, followed by two other cruisers when they came in aid of the first. This began a naval policy of forbidding warships to help torpedoed ships – one which would have fatal consequences for those on board the Lusitania.

Larson tells his tale skillfully, weaving the indolent pleasures of the luxury liner’s passengers with the Spartan lives of the U-boat’s crew in their cramped, foul-smelling steel tube: “the basal reek of three dozen men who never bathed… and shared one small lavatory.”

But there were similarities too: the captains of both ships were kindly men, beloved by their crews.

Captain William Turner of the Lusitania had been at sea since the age of eight, during the era of clipper ships. Though he disliked socializing with passengers, he reassured an apprehensive audience in the First Class Lounge as they neared the coast of Ireland that his ship was far faster than any German U-boat. His presence backfired ‘in the way that a priest’s arrival tends to undermine the cheery smile of a nurse’.

The next afternoon, under a clear and sunny sky that brought the ship’s women and children out to play on the decks, a German torpedo struck the bow of the Lusitania. She sank in 18 minutes.

As one passenger raced down to his cabin to retrieve his belongings: ‘He found vivid evidence of just how much the ship had listed. The floor was canted to a degree that made it impossible to walk without also stepping on a wall… He passed open staterooms whose portholes had once provided views of sky and horizon but now looked down onto water made dark by the shadow of the leaning hull.’

The sudden list made it difficult to launch lifeboats. Those on the port side slammed against the hull, those on starboard swayed too far out from the deck. Only a half dozen landed in the sea. Passengers, with no practice putting on life vests, suited up the wrong way and drowned.

The big ship sank bow first. Passengers backed toward the stern and watched as those ahead in line lost their grip on the rail. One officer described the scene: “An all swallowing wave, not unlike a surf comber on a beach, was rushing up the boat deck, enveloping passengers, boats and everything that lay in its path.” A mass wail rose from those it engulfed. “All the despair, terror and anguish of hundreds of souls passing into eternity composed that awful cry.”

Unlike the Titanic, which sank in mid-ocean, the Lusitania was only a dozen miles offshore of Ireland. From the port of Queenstown, the fast cruiser Juno was dispatched to the rescue, but then recalled under standing orders. Though there were submarine warnings, the Royal Navy had neglected to provide a destroyer escort for the Lusitania. First Lord of the Admiralty Winston Churchill later blamed the captain for the disaster. It was hardly Churchill’s finest hour.

Of the nearly 2,000 passengers and crew, 1,200 drowned, including 123 Americans. Though the United States would not declare war on Germany for another two years, the Lusitania‘s sinking sparked public outrage. It’s true that a second explosion from the tonnes of munitions in the ship’s cargo hold caused it to sink so fast and with such a great loss of life, but this was quickly
forgotten in the fever of war.