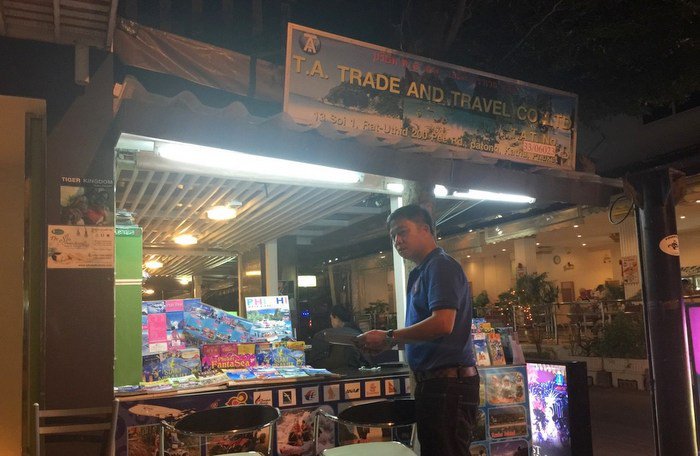 PHUKET: A local tour company was shut down Wednesday night for hiring Nepali agents to sell tour packages at the company’s counter in Patong.

Santi Pawai, director of the Ministry of Tourism and Sports (MOTS) Phuket office, told the Phuket Gazette that the company had ignored several warnings from the MOTS about their staff.

“It had come to the point of shutting them down. They were not listening to our orders,” Mr Santi explained. “We seized their tour operation permission certificate. Tour guides and tour package agents are jobs that are reserved for Thai nationals. Foreigners are not allowed to do these jobs.”

Mr Santi said that the MOTS had been watching the company, TA Trade and Travel Co Ltd on Rat-U-Thit 200 Pi Road in Patong, for a long time before they ordered its closure.

“The Nepali employees evaded arrest. However, we are searching for them,” said Mr Santi.

The Nepali agents will be charged for illegally working in Thailand, once they are caught, while the tour company faces no legal charges but has been ordered to shut down, confirmed Mr Santi.

Last month, officials launched an island-wide inspection of tour companies with foreign shareholders in an attempt to root out the practice of using Thai nominee shareholders to maintain control over a company (story here).

During the raids, three illegal Thai tour guides were arrested in front of their tour groups (story here).