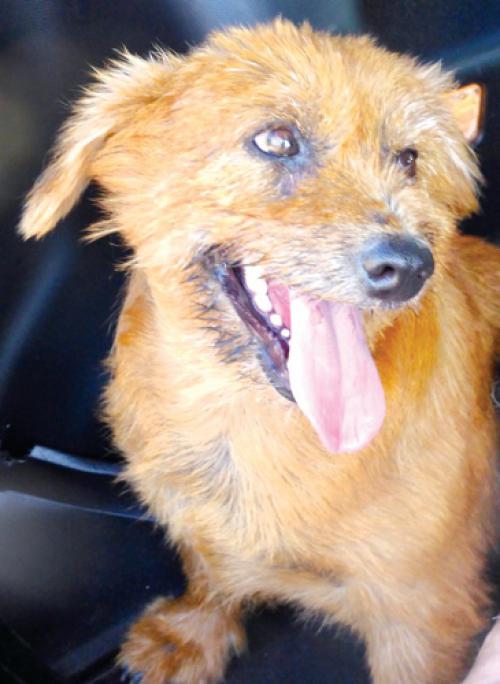 PHUKET: Rusty came in two months ago and was so sick he looked as if he were left to die. He used to spend his days hiding under an old cardboard box behind a fallen tree at one of the Phuket animal holding facilities, hiding from life.

He was so terrified of being attacked by one of the larger aggressive dogs that were locked up in the horrible compound with him, that he just hid in this small area without any food and was getting weaker and weaker as his sickness took over without any medication.

One day, a couple of people came into the compound and saw him hiding under this moldy old box and tried to grab him but he was so scared he dashed out from his hiding place and ran as fast as he could and they spent the next half hour chasing him around the compound. All the other dogs were barking and dashing around chasing him until they caught him.

Now two months later, his skin has cleared up, his beautiful fur has grown back and his ear and eye infections are gone.

Thanks to Doggie Heaven he has a second chance!

Call 084 877 3566 or contact doggieheaven.net to see some more photos of Rusty and his recovery process.

Phuket Humour: Is there anybody out there? Yes, apparently

Phuket AA: Party till you drop