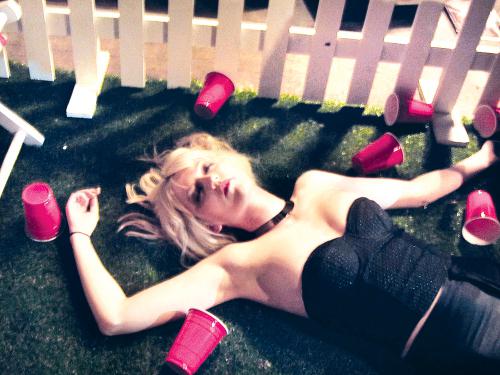 PHUKET: Phuket is renowned for its party scene, especially during the holidays, when tourists venture from around the globe to enjoy the island’s nightlife, and expats let their hair down.

For many people, the annual revelry is marked by a few heavy drinking sessions followed by a few hangovers – and a new year resolution to take it easier next year. For some, however, the festive season likely marked a series of binges that progressed from drunken stupor to blackouts.

“Not remembering what you did the night before is a serious indicator of a drinking problem,” explained one Phuket member of Alcoholics Anonymous (AA), the global organization that has more than two million members worldwide.

“Blackouts tend to frighten normal people into cutting down how much they drink, but if the person keeps drinking to the point that they cannot remember what they did the night before, then they might consider seeking help,” he added.

Many people over-indulge during the holidays, and many of these people might be heavy drinkers. That does not mean these people have a drinking problem, the member explained.

“What has proved to be a clear sign of a progression towards alcoholism is the inability to stop after a few drinks. Once a person cannot stop, despite all the promises they make to themselves and to loved ones, they are already displaying alcoholic behavior,” he said.

Worse, usually those on their way to developing a serious drinking problem have no idea – or will not admit – that they drink much more than the people they are partying with.

“This is what makes it very difficult for people to recognize they might have a drinking problem,” another AA member said.

Those who do see the progression much more clearly, however, are those who are subjected to watching it reduce their loved ones to mere shadows of their former selves.

What to do about it

The first rule is to never be angry and to not directly confront a potential alcoholic.

“Treat them as a sick person. Let them raise the issue, then at least the person you are concerned about has admitted there is a problem,” explained one Phuket AA member who has been sober for more than 15 years.

“This could be something as simple as them talking about how much they drank, whether they remember or not, or even just complaining about their hangover. Then at least you can discuss these aspects,” he said.

Of course, a concerned person can contact AA in Phuket or Al-Anon, the support group for people living with alcoholics.

“AA does not do interventions, but members will talk to the person if the person agrees,” one AA elder said.

“It is also strongly suggested that the concerned person come to a meeting to learn more about alcoholism and AA before taking steps to help the person they are worried about,” he added.

“Every meeting in Phuket is an ‘open’ meeting, meaning that anyone interested in AA may attend, even if just to hear our stories and how we stopped drinking.

“One wife came to a Phuket AA meeting and ended up going home to tell her partner: ‘I went to an AA meeting today, and I saw half your buddies there…’ Some people are very surprised who are alcoholics in recovery and are now living happy, sober lives,” he said.

If AA seems an appropriate suggestion, leave an AA leaflet around the house. “Just leave it lying around, some Phuket members got sober this way. Help could be this simple,” was the advice.

But if recurring drinking bouts keep resulting in dire circumstances, taking a hard line against specific behaviors may be required. “Never clean up their messes and don’t make excuses for them. If the boss calls asking why he or she isn’t at work – tell them the truth,” one well-experienced AA member advised.

Setting parameters for some behaviors might seem absurd, but they may well be needed for drinkers beyond the pail.

“Be very clear about breaking promises. If the person cannot adhere to a promise made, then there must be some consequence. It might be as simple as: ‘You’ve done it again, so now you go to an AA meeting, or give up drinking for two months, or go see a doctor’ – this can be whatever is agreed, but stick to it,” one AA member urged.

Seeing a doctor can drive the point home. Test results that prove the liver has sustained severe damage from prolonged heavy drinking is usually hard to argue, he added.

“If the person can control his or her drinking, then all well and good. They are probably just a heavy drinker, not an alcoholic, and we take our hat off to them.

“But if drinking remains a problem, the consequences usually become more severe. For one AA member, the wife took the kids and the passports and moved out of the house. If the drinking stopped or the member sought help, then the wife and kids would be nearby to provide support

“He did stop, after joining AA. That was more than 14 years ago and the couple have been happily married since,” he added.

Dog of the week: Rusty