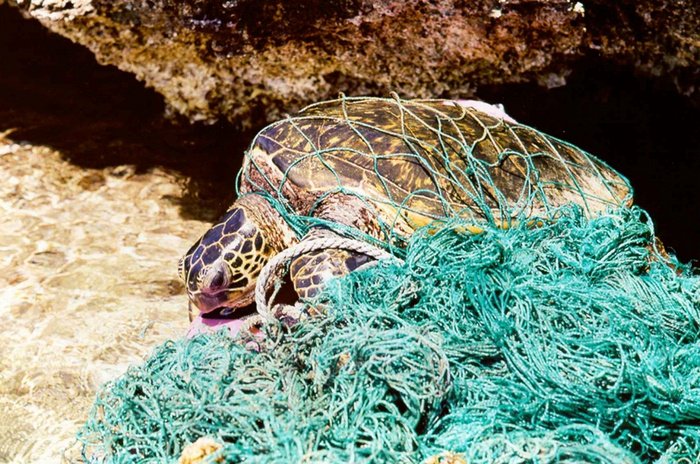 PHUKET: The ‘crystal clear,’ ‘aqua blue’ sea off Phuket is a significant part of the island’s tourism offerings and attracts many visitors to this fair isle.

Those iconic sea, island and beach snorkelling images from the Tourism Authority of Thailand [TAT] campaigns have been around the world more times than an inter-continental jet.

Today’s reality, however, is somewhat different because the sea needs our help. We derive benefit from it but rarely invest in its upkeep and now the oceans around the world suffer from a huge trash problem.

Eight million tonnes of plastic was dumped into the world’s oceans from coastal communities in 2010 alone, and that figure is expected to increase tenfold in the next decade, according to a study by a group of scientists, published in Science earlier this year.

Phuket is not immune to this problem and while its waters appear clean, the volume of flotsam, jetsam and trash on the seabed is undoubtedly growing. This is easy to see on any day trip from Phuket, and even while swimming off Phuket’s coast or a nearby island.

We have all read about the damage to marine life caused by this trash and have also seen gruesome images of seals or turtles being strangled by plastic. We have seen images of marine animals that have choked on plastic bags and yet we do nothing.

Simply put, trash in Phuket’s waters means the death of Phuket’s tourism industry. Sounds a little over the top? Not at all. The aforementioned study looks at the worst offenders and of the Top 10 worst-offending countries in the world, eight are in Asia. Something you will not find in any TAT brochure is that Thailand is among this Top 10.

Much of the surface waste you can see off Phuket is everyday trash: food packaging, styrofoam boxes, plastic bags, plastic bottles – the kind of products that easily float many miles and are used regularly on boat tours.

It is time to put a stop to this. It is time that standards are set, and those standards set high and then enforced.

Ocean trash is no one person’s fault, but a collective responsibility that requires a joint effort to fix. Trash from elsewhere can float into Phuket’s waters, the same as trash that is dropped overboard here can make its way to other areas.

The Cambodian-flagged cargo ship Sinaran Andaman, which recently crashed onto the rocks and sank off Coral Island, is an ecological tragedy for Phuket, the proportions of which have yet to be discovered. The most immediate and obvious environmental impact is the trash on the water’s surface.

Quoted in a recent Gazette report, Department of Marine and Coastal Resources [DMCR] Phuket office Chief Thanet Munnoy said, “We have already found some items washing up on Phuket and some on Koh Lanta. This is a big deal. We will need the help of the Phuket Marine Office to collect all the waste.”

When recently visiting the spot where the cargo ship went down, while the salvage operation was still underway, you could see plastic food packaging floating on the surface of Chalong Bay all the way over to Lone Island .

How will that be cleaned up? I doubt that the majority will. Currents will disperse and move the trash elsewhere and ‘what we don’t see, won’t hurt us’ will take over.

It’s not good enough. A joint approach to cleaning up the seas is needed. Phuket deserves better.

Duncan Worthington is a long time Phuket resident and through Infinity Communications [www.infinity-comms.com] consults to leading consumer brands and hospitality and marine clients in Thailand. In his ‘spare time’ he runs the marine portal www.MarineScene.asia. #OnDeckPhuket