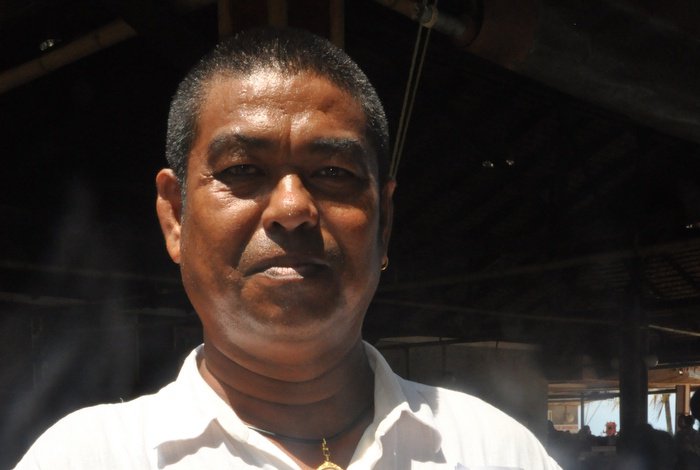 PHUKET: The Ministry of Interior yesterday blocked the demolition of a Phuket restaurant that is allegedly on public, beachfront land.

“The restaurant had previously been demolished. However, the owners just moved the business to nearby land,” said Lt Sompop Kamkana of the Royal Thai Navy Third Area Command. “They are living on public land without a land title and the restaurant was built without a building permit.”

Lt Sompop explained that the owner of Tony Restaurant on Laypang Beach, Kanokpon ‘Tony’ Somrak, was using a NorSor 3 Kor that had been cancelled more than 30 years ago to justify his claim to the land.

However, an urgent letter from the Ministry of Interior put a hold on the demolition set to take place yesterday, as a provincial committee was established to reevaluate the case as the defendants lawyer presented new information.

“I am confident that the building will be demolished soon though,” said Lt Sompop.

Mr Kanokpon, his lawyer, Lapat Karnwijit, and staff were at the site yesterday to defend their claims.

“My client has three valid NorSor 3 Kor land documents for 50 rai of beachfront land,” Mr Lapat said. “The restaurant is located on one of these plots.”

Mr Lapat explained that construction of the restaurant had started without the permit in 2013. Then on December 15, the Cherng Talay Tambon Administration Organization (OrBorTor) sent a notice asking that construction be stopped and a letter requesting the building permit be submitted within 30 days.

“My client paused construction and filed the letter on December 23. However, we never received an update. When we followed up, the OrBorTor said that three unknown men had presented themselves at the office and withdrawn the letter, which is just unbelievable.”

The restaurant allegedly opened in January and received the demolition order that same month.

“We filed a case against Cherng Talay OrBorTor President Maan Samran to the Nakorn Sri Thammarat Administrative Court in April about this matter. We have also sent the case file to the National Anti-Corruption Commission,” said Mr Lapat.

Of the ten restaurants under investigation in the area, Tony Restaurant is the only one that neither appealed a court order to evict the premise nor moved out. Seven restaurant owners moved from their premises, while the two others appealed.