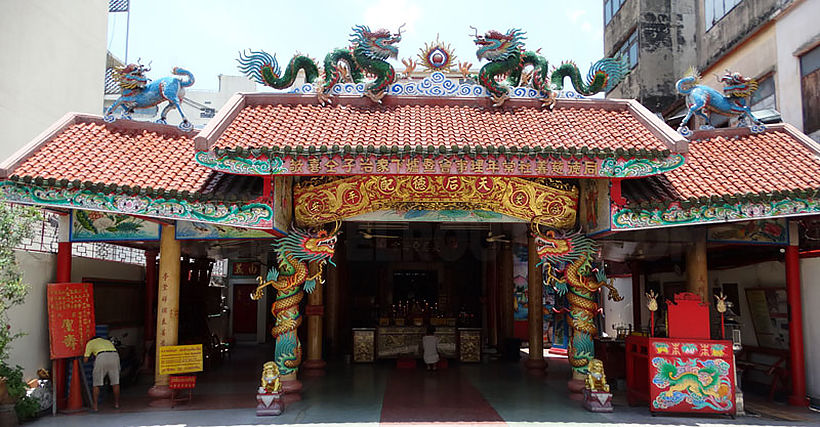 Bangkok’s Chulalongkorn University is defending its plan to demolish a historic Thai-Chinese shrine on its grounds to clear the land for high-rise buildings with condominiums and dormitories. A statement from the university’s estate office says the Chao Mae Tabtim Saphan Luang Shrine will be rebuilt at a new location close to the original site within 6 months, with a re-opening date in December. The schools says the reconstruction “will respect the shrine’s traditional architecture and spiritual connection with the community”.

“The project being looked after by preservation-minded architects and engineers with a proven track record. It takes into consideration both contemporary designs and its original structure, as well as proper feng shui decisions made by an expert.”

The new shrine, meant to be built close to the university’s park, will be environmentally friendly, with incense sticks replaced by electric replicas to reduce air pollution. A new incinerator will reduce smoke when burning gold and silver papers for ancestral worship.

The shrine will be replaced by 3 new buildings including apartments for rent, condominiums and dormitory rooms totaling 1,803 units, according to the university. The decision to demolish the shrine, whose history goes back at least a century, was met with protests from the local community and activists, who accuse the university of prioritising profits over heritage.

The current shrine caretaker Penprapah “Nok” Suansom, pledges to confront the demolition process, which is planned for Monday. The new shrine will not have a living space for her and her family, but university officials say she’s been offered discounted accommodation nearby, which she refused.

Student activist Netiwit Chotiphatphaisal is leading a protest against the relocation plan, saying old buildings in Chulalongkorn’s neighbourhood and new high-rises can coexist side by side, citing examples in Singapore and Hong Kong.

The university counters that the shrines original artwork will be preserved for future generations in the relocation. For instance, major plaster facades that contain bas relief from the old shrine which are around 60 years old will be extracted, restored and installed at the new shrine. Chinese scripts will be translated into Thai and placed on display.

A feng shui master was also consulted in choosing the new location, which will face the auspicious eastern direction, the statement claims.

“This is a creation for the society, community and for a better and more sustainable way of life.”