We revelled in the hype, we read all the leaks, we watched the launch. So when can we actually get our hands on a new iPhone in Thailand?

Apple has now confirmed the release dates for the iPhone 8 and iPhone 8 Plus in the Land of Smiles. Roll the drums…. November 3rd.

So what about the super-duper, turbocharged, triple pike, with twist iPhone X? There is no intel on with the release date or the price but assume it’s going to be in the vicinity of 35,000+.

The new Apple Watch 3 GPS and the Apple Watch Series 3 Nike + version are scheduled to go on sale on October 5th. Prices start at 11,900 Baht.

The news comes after it was revealed that Apple is about to open its first official Apple Store in Thailand. The location of the shop and its opening date is still confidential. Because… Apple.

Google’s new Pixel range of phones have just been released in the US with some nifty new tricks and accessories. The new phone, like the last iPhone, has dispensed with the earphone jack. The difference with the Pixel buds is that the pair are linked with a chord and will automatically Google-translate if you want to understand a foreign language. Neat! The phones also have technology to identify signs or things you are pointing your camera at and link it to a Google search. Just another intuitive toy that, sooner rather than later, we will just assume as something all phones do.

Huawei have their new Mate 10 model coming out in two weeks and is rumoured to have a massive 4,000 mAh battery. Whoooooa!

So if you like your phones big and need to put your orders in for Christmas soon you have plenty of natty new phones to choose from. All of the new release smartphones also make phone calls. 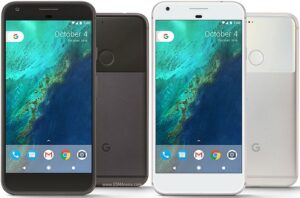