The winners of Asia’s 50 Best Restaurants has been announced, the list released.

There will be the usual accusations that the list is biased, commercialised, a big publicity stunt and, most important, that it is of very little value to the vast majority of the population.

Food tourism has become a big deal. I remember when I started writing about travel, back in the days I was traveling more often than not, and writing that this mad-rush visit to the cathedrals, temples or ruins, was overrated, and that one could learn much more about a city by sitting down in a restaurant, eating the local cuisine and watching the locals go about their business.

These days I find myself in the awkward position of having to reverse my stance and insist that people make an effort to go to museums, the Colosseum, the palace—even if doing so means you’ll miss the lunch booking in the two-Michelin-star restaurant you made four months in advance.

Culinary tourists who fly in and go from one celebrity restaurant to the other make me nervous. They insist that the cuisine must be local, the ingredient locally sourced, the menu reflective of the culture of the country or city.

It sounds, really, as though they are looking for the knowledge of a civilisation or of a people to be served up to them on a plate – or maybe 10 plates, as part of a degustation menu. This is not the role food should play, this is not a burden that restaurants should assume.

Restaurants are great bastions of civilisation, but they should not take the place of the civilization itself.

The list, while controversial, ephemeral or flawed like any human endeavour, is a continuing statement that food matters, that it’s something more than what we eat to feed ourselves.

Well-heeled “completists” will manage about half of the list. Most of us would be lucky to get to go to more than a handful of the restaurants on the Asia’s Top 50 list, more so the World’s 50 Best list.

For every naysayer who says that all this hype is out of proportion and it’s only food, it isn’t. Because it’s about people. It’s about the farmer who grows specialty mushrooms, about people like myself who sit by a keyboard and type out opinions about what we just ate. 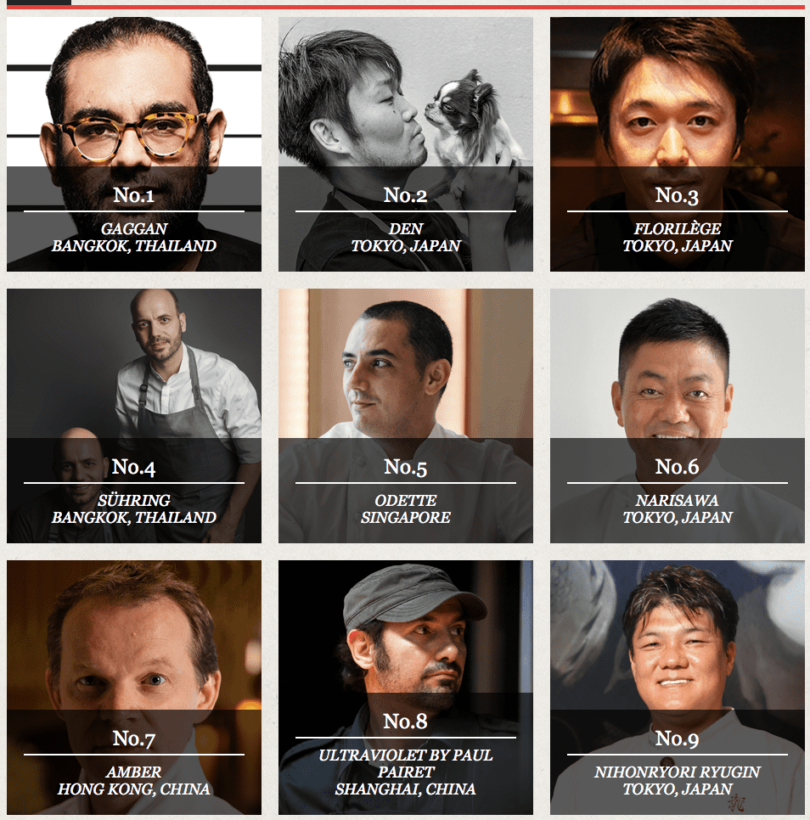 But most of all, it’s about the cooks who peel, scrape, boil and reduce, broil, bake and torch and ferment and plate and serve and clear, and who think, night after night, how to make people eat better.

All of us, including the much-feared judges of the list, are there to celebrate the act of creation that they and so many others do—often to so little reward.