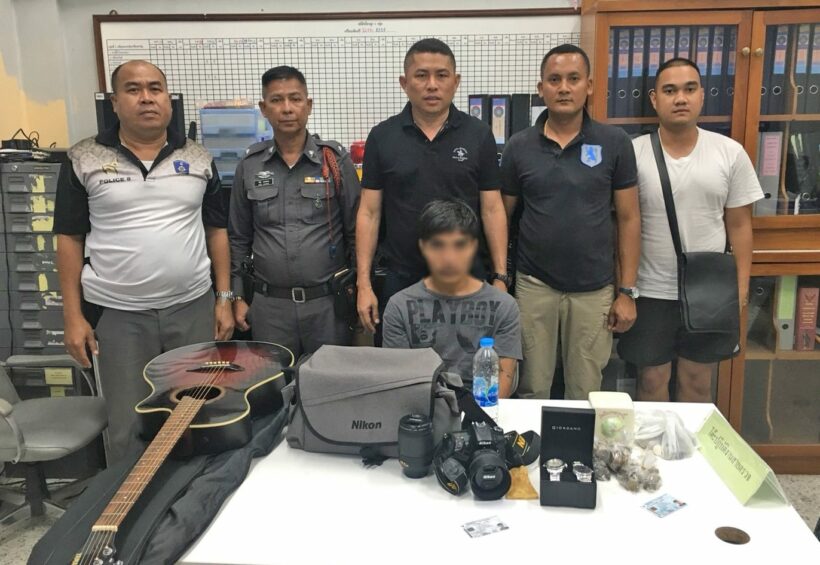 Thalang Police have arrested a 27 year old man from Phang Nga, Kittikorn Somsert, who robbed valuables worth about 200,000 Baht from a local house during daylight.

The police saw the robber riding a bicycle along with plenty of bags and seemed suspicious so they stopped him to talk.

Police found that the stolen items include a bicycle, a Nikon D7200 with a lens, Nikon bag, a CK watch, a Giordano watch, 3,370 Baht worth of coin and a guitar bag which in total are worth about 200,000 Baht.

Kittikorn confessed that he robbed the valuables from a house in Paklok before the police escorted him to the location then brought him to the police station.

Later, on the same day, the owner of the house, Panuwat Somrit, went to the police station to report that his house was robbed. Police brought him to check the items, which he confirmed belonged to him.

Police also found that the man already had an arrest warrant from Phang Nga Court dated March 25, 2013, for robbery.

90 bikes and 90 motorcyclists bailed up in Bangkok