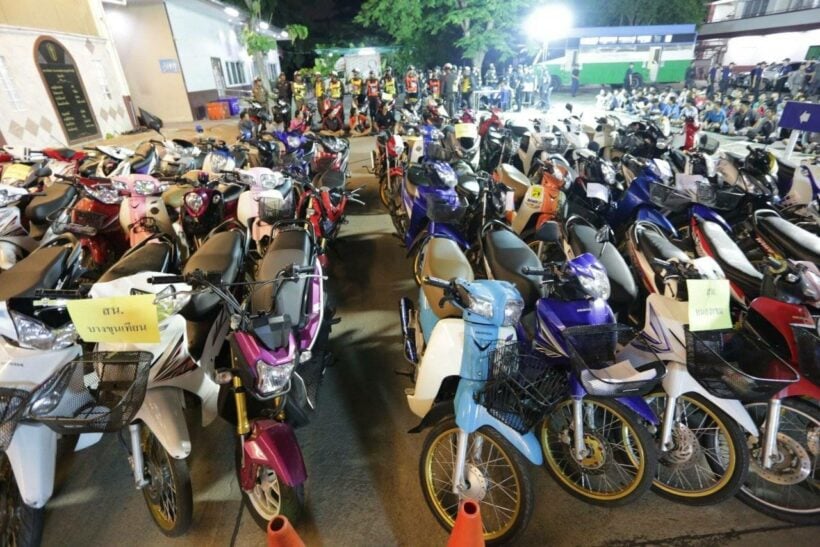 Bangkok police arrested 90 motorcyclists and a pillion rider and seized 90 bikes in an operation to prevent racing on the capital’s streets.

The arrests were made by police from 10 Bangkok police stations who manned road checkpoints late on Friday night and early on Saturday.

At the end of the operation, Pol Maj-General Surachet Hakpal held a press conference at 3am at Tha Kham Police Station to announce the results.

Surachet said 45 of the arrested were under 18 years old. He added that seven of the 91 were females.

Surachet said police would continue to step up their crackdown on road racing ahead of the Songkran holidays and the crackdowns are also aimed at preventing teens from using their summer school holidays for racing on roads.

He said the 45 teens under 18 and their parents would be summoned to meet police on April 3 for attitude adjustment and the parents would be warned that if their kids were arrested again, they could be jailed for supporting illegal activities. 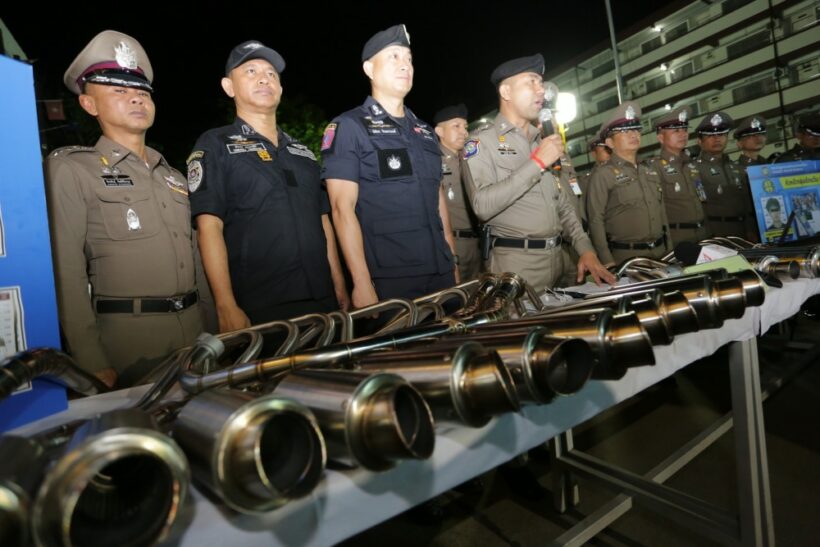