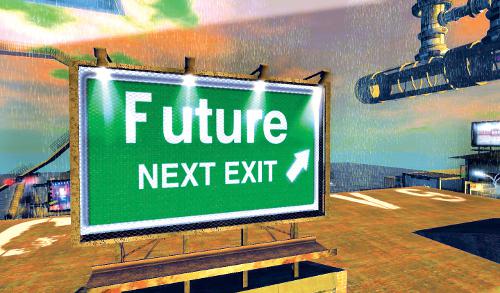 PHUKET: “I never think of the future – it comes soon enough,” said Albert Einstein. Maybe it works for the geniuses but for the rest of us, a look forward from time to time is inevitable, especially at the brink of the new year. Here are the Gazette’s predictions for 2014 – because as Malcolm X said, “The future belongs to those who prepare for it today.”

With over 30 different elections coming up in 2014, democracy seems to be doing just fine. Europeans will choose a new European Parliament (France’s former president Nicolas Sarkozy is hinting at a comeback) and Thais might get a chance to elect a new government too – if they agree they want to.

In 2014 might see at least two new completely independent countries – citizens of Scotland and Catalonia will vote in independence referendums in September and November respectively. Afghanistan will take a step towards independence too with the United States and the United Kingdom officially withdrawing their troops from the country, marking the end of their 13-year involvement in the Afghan Civil War.

One more important political/economic event has already happened – on January 1 Latvia officially adopted the Euro currency becoming the eighteenth Euro-zone country to do so.

It’s the year of big, big games! Firstly, the 2014 Winter Olympics will be held in Sochi, Russia from February 7 to 23. Secondly, the 2014 FIFA World Cup will take place in Brazil from June 12 to July 13. Preparations for both were surrounded by a lot of controversy, we can only hope that they will both be a celebration of all the great things that sport represents. Except for the biggies there’s the usual supply of annual sporting events to look forward to: Australian Open (January 13-26, 2014 ), Roland Garros (May 26-June 8), Wimbledon (June 23-July 6), Tour de France (July 5-27) and last but certainly not least, Phuket will host the 4th annual Asian Beach Games (November 14-21).

Oh, and David and Victoria Beckham will celebrate their 15th anniversary of marriage. Which brings us to the next category…

It seems that 2014 will prove (once again) that Hollywood is a barren land, stripped of any original ideas, innovation and imagination. Having said that, if you’re a fan of superheroes, sequels and remakes, this will be your year! Announced premieres include X-Men, Captain America, Amazing Spider-man, a sequel to 300, Teenage Mutant Ninja Turtles, Godzilla and RoboCop re-spawns as well as additional movies in the Expendables, Transformers and Resident Evil series. Luckily, there is something for a more refined audience too – Zoolander 2 is rumored to hit the screens later this year!

In music some major comebacks are rumored and announced with Billy Joel and Stevie Wonder leading the pack, followed by Garbage, Beck, Foo Fighters, No Doubt, RHCP, Tool and more. Unfortunately, the likes of Ashanti and Girls Generation also announced comebacks but we can always hope that new music will come and help us forget Miley Cyrus and “What does the fox say?”forever.

Chances are you’ll spend a big chunk of 2014 looking up. An annular solar eclipse will be visible in South Africa, Antarctica, and on the east cost of Australia, on April 29 – followed by a total lunar eclipse visible on the same date throughout most of North America, South America and Australia. This year will also provide opportunities to take a closer look at planets such as Jupiter, Mars and Saturn which will be at a close approach to Earth on January 5, April 8 and May 10 respectively.

Now so more down to earth scientific events of 2014 include the planned completion of Changsha building in Hunan, China which will become the tallest building in the world at 838 meters.

As far as consumer technology goes we can expect the usual: iPhone 6, Samsung Galaxy 5 and Nokia Lumia 929. The marketing guys will try to get us excited over curved, flexible displays and make us look ridiculous by wearing our computers on our noses and wrists. Human-kind will also continue to forget how to read anything longer than a tweet and will learn to absorb all information, knowledge and wisdom by means of GIFs and Vines. Soon the world will also realize the potential of affordable 3D printing and with a growing production of home made firearms a new slogan will gain popularity – guns don’t kill people, printers do.

This year in history

2014 will bring a bunch of exciting anniversaries. In the next 12 months we will celebrate or commemorate 65 years of NATO, 50 years since the Beatles toured the USA, 20 years of the Channel Tunnel, 100 years since the start of World War I, the 25th Anniversary of the Berlin wall coming down and the 10th Anniversary of the Southeast Asian tsunami.

Big fun for the little ones