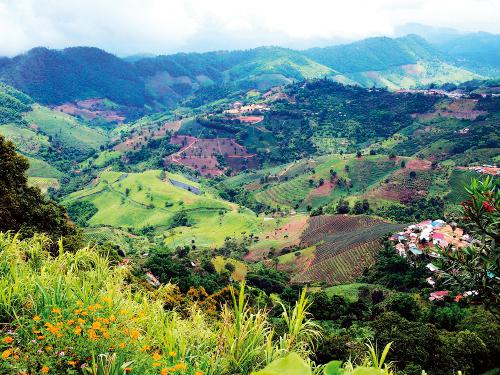 PHUKET: In the last Property Legal column (published in print on November 30 and online December 3, story here), Phuket’s International Law Office (ILO) touched on the topic of usufruct agreements, a lesser known form of property contract that could be a considerable option for those looking to secure interests in Thai property; particularly foreigners who cannot outright, legally own land in Thailand. To shed some more light on this topic, the Phuket Gazette queried ILO:

What is the difference between such an agreement and general property lease agreements?

In a context of using the property, leasehold and usufruct are almost the same. They are known as the occupancy right. In a context of legal obligations between the property owner (the right giver) and the usufructuary (the right receiver) leasehold and usufruct are quite different. For example, the lessee can’t enjoy the fruits of property unless the landlord agrees to grant him this privilege, while the usufructuary can enjoy the fruits of the land even when the landlord doesn’t agree to it. The usufructuary has to pay for property taxes, while the lessee is not obliged to. Things get more complicated when you put such rights in the context of taxes or foreigner-owned land restrictions.

In what context is a usufruct more advantageous than general lease agreement?

It depends on the need of the parties, interests one wants to secure, and the nature of business. No one size fits all. For example, usufruct allows one to hold the property for a lifetime, while the maximum lease period is 30 years. The costs of registration of usufruct can be cheaper than the registration of leasehold and could be free of charge. Tax rates and tax assessment apply differently between these two rights.

Given that foreigners are not allowed to own land in Thailand, every land transaction with a foreigner involved causes a land officer to have doubt about the genuineness of the land deal. The ultimate purpose of land purchases, usufructs and leases is to secure a foreigner’s interest over the land. The vast power of land officers, coupled with unclear internal regulations, results in a situation where the land officer often prefers to deny the registration of the usufruct or leasehold, rather than approving the deal and allowing a foreigner to secure interest over the land.

How long does such a registration typically take?

A simple case may take from one day and upwards. Sometimes a registration might be delayed to allow the parties to supply additional documents and evidence. A typical land registration requires the parties to provide documents to support the officer’s view that this deal isn’t a land purchase. A form of this proof might be how wealthy the Thai party is – the richer they are the less land office will question the genuineness of the land deal.

Living in Patong has its privileges