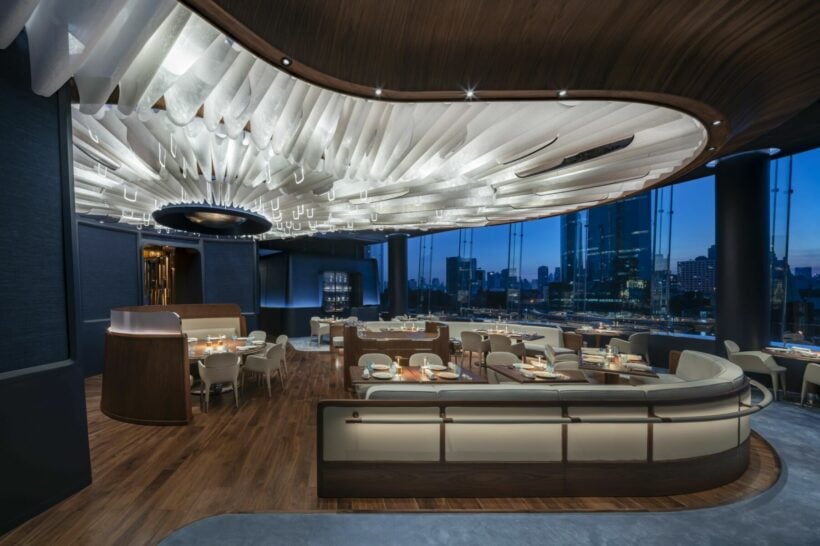 He did it! The key player of Blue by Alain Ducasse, Executive Chef Wilfrid Hocquet, had two goals for the restaurant when it opened. The first one he scored within the first year of opening doors. And now, he has made good on his second goal, with the restaurant being ranked at No. 25 on Asia’s 50 Best Restaurants 2022, sponsored by S. Pellegrino & Acqua Panna.

The 10th edition of Asia’s 50 Best Restaurants list was revealed on Tuesday, 29th March 2022, via a series of live events held in Bangkok, Hong Kong, Macau and Tokyo. The annual list celebrates gastronomy across the region. It also provides foodies around the globe with a credible snapshot of local trends and culinary recommendations. The ranking results from votes cast by Asia’s 50 Best Restaurants Academy, an influential group of more than 300 food writers, critics, chefs, restaurateurs and regional culinary experts. The voting and results are independently adjudicated by Deloitte.

Reacting to the announcement, the latest accolade, Wilfrid Hocquet, said, “I am honoured to be on Asia’s 50 Best Restaurants list. It’s incredible to be included among all these other culinary superstars. After the Michelin star, this ranking on Asia’s 50 Best Restaurant list is a double endorsement of our hard work. It is also a validation of the faith that Monsieur Ducasse and the management of ICONSIAM have in us.”

“First I want to thank our guests who continue to support us. I want to dedicate this prestigious honour to Team Blue. They have stood by me during the difficult times in the last two years and have given their best. They truly inspire me for the future. I want to give special thanks to our General Manager, Alex Cufley, who, like a symphonic conductor orchestrates everything between the front-of-house and the kitchen, my right-hand man and Executive Sous Chef Valentin Fouache, our Executive Pastry Chef Kevin Lee, for his sweet endings to the menus, and Morgan Daniel who puts together those wine-and-food matches made in heaven,” he said. 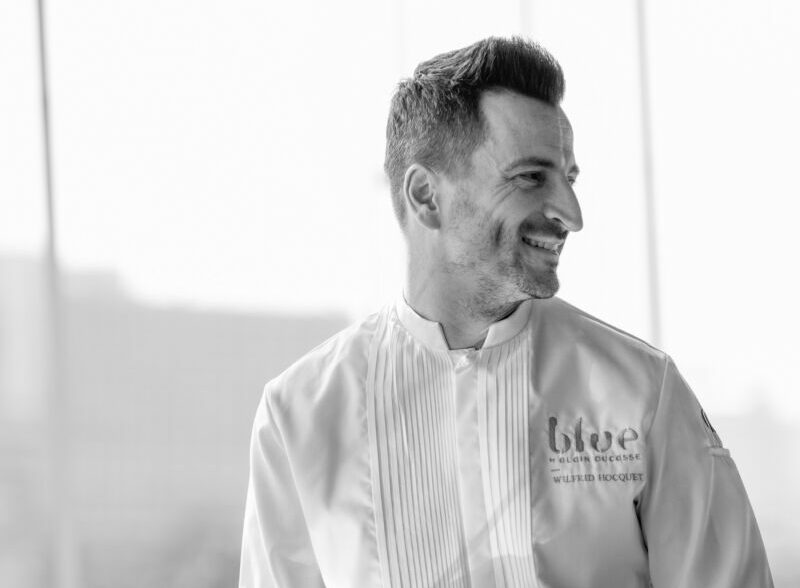 Wilfrid scored his first goal within a year with a coveted star rating in the fourth edition of the Michelin Guide Bangkok, Chiang Mai, Phuket & Phang-Nga 2021. He then retained the one-star ranking in the 2022 edition of the red guide to good food.

Located on the Chao Phraya River bank in ICONLUXE, ICONSIAM, Blue is the first restaurant in Thailand by the legendary Alain Ducasse, an iconic mentor to many chefs worldwide. It offers an exquisite contemporary French culinary journey with splendid views over the River of Kings. Blue by Alain Ducasse also perfectly showcases ICONSIAM’s core value of creating a synergy between the best of Thailand and the best of the world.

Blue’s striking interiors, a part of Chef Alain Ducasse’s belief in creating a total experience for guests, have also won two awards. In 2020 it took the top spot on the industry-leading design publication Interior Design’s ‘Best of the Year Award’ list in the Fine Dining category. Earlier this year, Blue added another accolade to its trophy showcase with the prestigious Le France Design 100 award, the only design award in France to reward the efforts of its designers for their work on an international level. 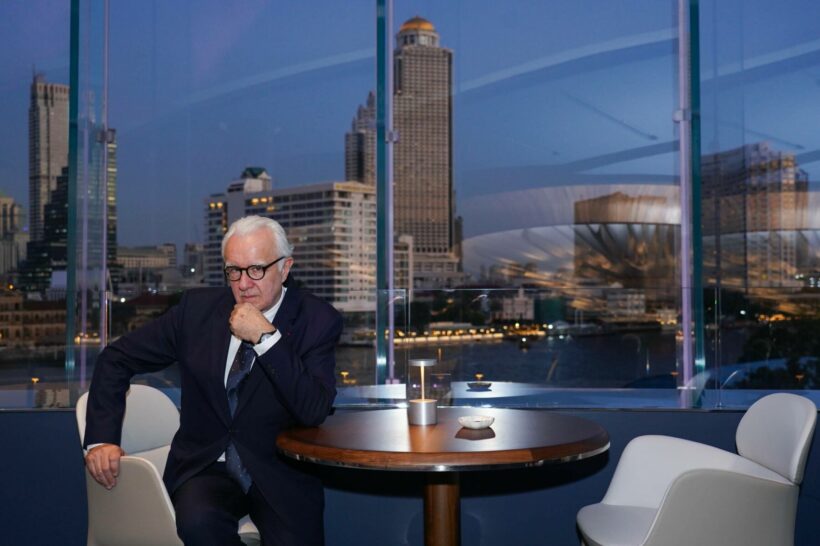 Blue by Alain Ducasse, the celebrated chef’s first restaurant in Thailand, opened in November 2019. For the second consecutive year, it was awarded one Michelin star in the 2022 Michelin Guide Thailand. Its striking interiors took the top spot on the industry-leading design publication Interior Design’s ‘Best of the Year Award’ list in the Fine Dining category. In February 2022, it received the prestigious Le France Design 100 award.

For reservations, please call the team of Blue by Alain Ducasse at 06-5731-2346 or by e-mail at enquiries@blue-alainducasse.com.

Dr.Sivada
Just went to Blue a few days ago. Supreme preparation of dishes, the best ingredients available, wonderful views of Chaopraya, amazing interior, and lots of customers (80-90% full at 1230pm). I ve dined at more than a hundred Michelin starred…