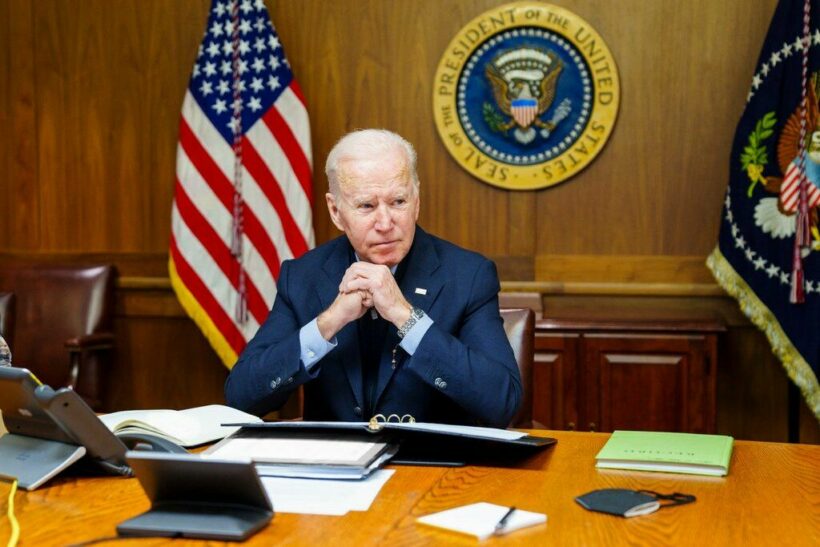 Following Russia’s deployment of troops to separatist areas of Ukraine, in what President Vladimir Putin describes as a “peacekeeping” mission, the US is adopting a wait-and-see approach. According to an AFP report, US officials have declined to describe Putin’s latest move as an invasion, insisting that talks are still a possibility.

US President Joe Biden has already imposed sanctions on 2 Russian-backed areas in the region of Donbass, in eastern Ukraine. However, the US has stopped short of characterising the deployment of Russian troops to the region as an invasion. Doing so would trigger additional sanctions, more severe in nature, against Russia. According to the report, one senior US official has played down the deployment, saying Russian forces have been positioned covertly in separatist areas of Ukraine for 8 years.

“We are going to assess what Russia’s done. Russian troops moving into Donbass would not be a new step. We’ll continue to pursue diplomacy until the tanks roll.”

Meanwhile, the Russian leader has accused the West of turning Ukraine against Russia, with Putin declaring official recognition of the breakaway enclaves of Donetsk and Lugansk. He says the deployment of troops to those areas is for “peacekeeping” purposes, but no further information was forthcoming.

Following Putin’s speech, the White House confirmed that Biden had a 35-minute phone conversation with Ukrainian President, Volodymyr Zelensky, in which he re-affirmed the US commitment to Ukraine’s sovereignty. The US President also spoke with French President, Emmanuel Macron, and the German Chancellor, Olaf Scholz, with all 3 governments united in strong condemnation of Putin’s latest move.

For weeks now, Russia has been denying it intends to attack Ukraine, yet continues to increase its troops and arsenal on 3 sides of the country. In response, the US and its Western allies have warned of crippling economic sanctions, which one official says would turn Russia into an international “pariah”.

In related news, the Ukrainian embassy in Bangkok says the government will help evacuate Thai citizens living in the country if and when required to do so.