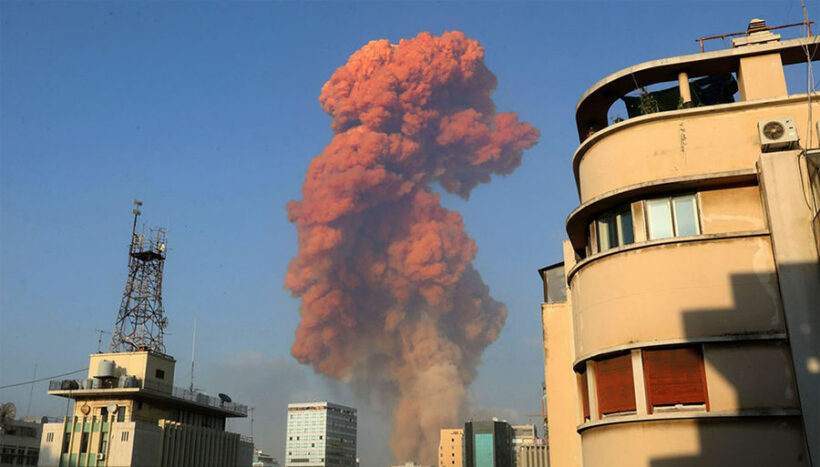 Thailand’s Foreign Affairs Minister, Don Pramudwinai, says the country is ready to provide assistance to Lebanon in the aftermath of the explosion that rocked the capital, Beirut, earlier this week. The cause of the blast has not been confirmed, but is believed to be due to over 2,700 tonnes of ammonium nitrate that was being illegally stored at a warehouse in the port area of the city. The explosion has so far killed 157 people and injured thousands, including 2 Thai nationals.

PM Prayut Chan-o-cha has also expressed his condolences to Hassan Diab, the Lebanese PM. It’s understood there are around 200 Thai nationals living and working in Lebanon, with the Foreign Minister confirming that the Royal Thai Embassy in Riyadh, Saudi Arabia, can also assist Thai citizens in Lebanon. He adds that Thailand is on standby to provide assistance to Lebanon, particularly medical help, should it be required.