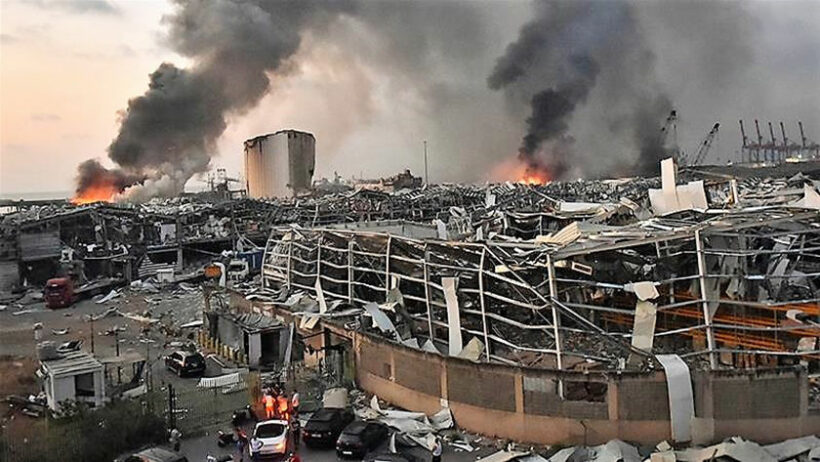 The government says 2 Thai nationals have been injured in the huge explosion that rocked the Lebanese capital’s port area in Beirut, earlier this week. The Bangkok Post reports that both men have been treated for minor injuries, mainly cuts from broken glass.

According to Thailand’s Labour Ministry, one of the men, named as Veerayut Boonrak, is a cook at a Japanese restaurant in the city. He has been treated for injuries to his head and cuts from broken glass. Another man, named as Chanathat Tanyotsak, works as a jewellery maker and sustained several injuries to his hands from shards of broken glass. The report says the men also lost their hearing temporarily as a result of the blast. Both men have now been discharged from hospital.

The blast happened in the port area of the city and is believed to have been caused by more than 2,500 tonnes of ammonium nitrate that was being stored illegally in a warehouse adjacent to the docking area. At least 157 people have been confirmed dead, with over 5,000 injured. The death toll is expected to rise as rescue workers sift through the rubble.

There are an estimated 200 Thai nationals employed in Lebanon, primarily as masseuses, jewellery makers, and cooks.