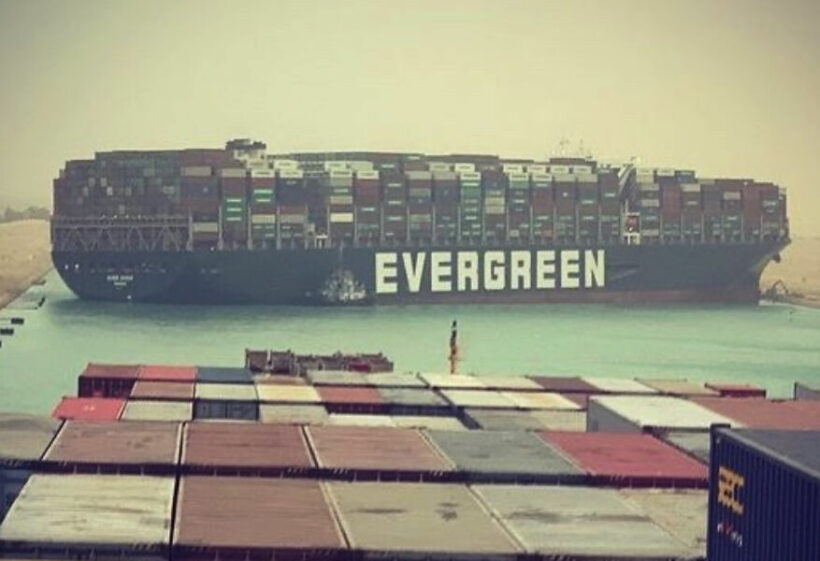 Cargo ships on one of the busiest trade routes in the world, the Suez Canal, came to a stop after a large container vessel got stuck sideways and blocked marine traffic. More than 100 ships were reportedly blocked from transit along the canal, which stretches across Egypt from the Red Sea to the Mediterranean connecting Asia to Europe. Apparently, a strong gust of wind had blown the vessel off course as it was headed toward the Netherlands.

Excavators and tug boats worked hard to free the 400-metre-long and 59-metre-wide Taiwanese MV Ever Given. Leth Agencies, which provides services to boats crossing the Suez Canal, stated on Twitter that tug boats were trying to re-float the vessel.

Egyptian Authorities have not commented yet and there is no information on when the Suez Canal’s busy traffic flow will return to normal. The grounding in the Suez Canal was confirmed by the ship manager BSM Hong Kong and the ship operator Evergreen Marine Corp. Instagram posts from Julianne Cona aboard the Maersk Denver, a ship stuck behind the Ever Given, show the container ship lodged sideways. Shipping monitors MarineTraffic show boats circling the entrances to the canal in the Red Sea and in the Mediterranean by Port Said.

Almost 19,000 ships per year use the Suez Canal, which cuts travel time in half by avoiding sailing around the tip of Africa. About half of those are shipping containers, some of the largest ships in the world. 10% of all global trade by waterways pass through the canal.

The canal was first opened in 1869 and was expanded for larger modern ships in 2015. It generated $5.61 billion in revenue in 2020 and is an important part of Egypt’s economy. It is an essential route to move oil from the Middle East to Western Europe and goods and grains from Europe to the Far East and Asia.