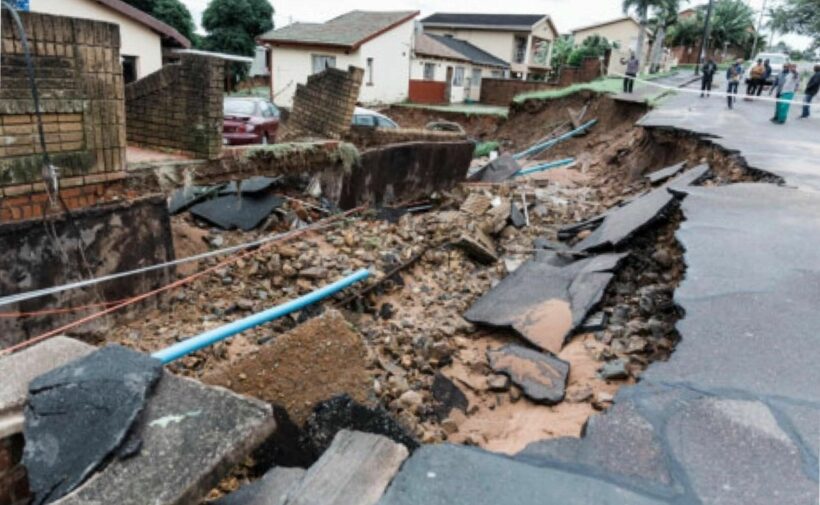 The search continues for dozens of people still missing following floods in the KwaZulu-Natal province of South Africa. The death toll has now risen to 443 after heavy rains caused devastating floods and mudslides. According to a Reuters report, thousands have been left homeless, while homes have lost power and water. One of the country’s busiest ports, Durban, has had operations severely disrupted.

One officials estimates the overall damage to be around 10 billion rand (over US$684 million). Provincial premier Sihle Zikalala has confirmed the death roll has climbed to 443, with at least 63 people still missing.

Residents remain traumatised by the idea of more rain, with some still waiting to get news of loved ones who remain unaccounted for. 47-year-old Sbongile Mjoka says her 8-year-old nephew has been missing for days and her home has sustained severe damage.

“We haven’t lost hope. Although we are constantly worried as the days continue. We are traumatised by the sight of rain.”

Meanwhile, 3 members of the Sibiya family died after their home collapsed while they were sleeping. Lethiwe Sibiya says 4-year-old Bongeka remains unaccounted for.

“Everything is a harsh reminder of what we lost, and not being able to find Bongeka is devastating because we can’t grieve or heal. At this stage we are left feeling empty.”

South African President Cyril Ramaphosa has postponed a planned trip to Saudi Arabia and will meet with government ministers to manage the response to the disaster. Meanwhile, Zikalala says the floods are among the worst in KwaZulu-Natal’s recorded history.

“We need to summon our collective courage and turn this devastation into an opportunity to rebuild our province. The people of KwaZulu-Natal will rise from this mayhem.”