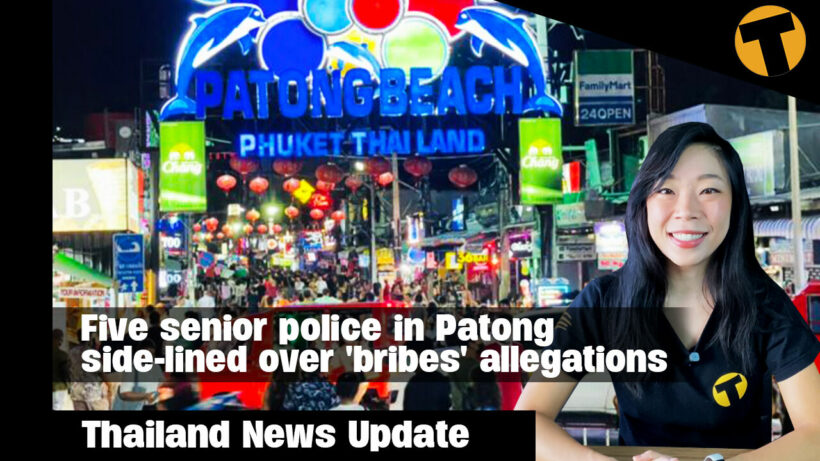 New info has now been posted on the Thailand Pass website. The slight changes, which starts today, will now allow applicants to arrive on a different day to the date originally approved in their Thailand Pass application and their QR code… as long as it’s no more than 7 days either side of the original date. If you are travelling to Thailand at the moment, everyone, including Thais, need to register for a Thailand Pass, whether they are arriving under the Test & Go, Sandbox or Alternative Quarantine programs. Here’s the actual announcement…”Applicants can use their approved Thailand Pass QR Code to enter Thailand on different date of arrival if the new date of arrival is within 7 days before or after the original date of arrival as indicated on the QR Code.This starts from today. The Civil Aviation Authority of Thailand and airlines have already been informed.”There are other rumours around more changes on the way, certainly on or before May 1, which will further unwind the confusing layers of paperwork and restrictions for arrivals into Thailand at this time. And in the ‘seemed like a good idea at the time’ column, immigration and arrival officials are trying to work out how an on-arrival ATK test would actually work, and what to do with an arrival hall of passengers waiting for their test, especially if multiple international flights arrive at the same time.We will soon know…

After a weekend of revelations and resignations, here’s the latest about the former deputy leader of Thailand’s Democrat party, Prinn Panitchpakdi… After the courts agreeing yesterday morning to temporarily detain the former deputy leader, the Bangkok South Criminal Court has allowed him to be temporarily released. Prinn is currently on bail on the condition that he wouldn’t leave the country without the court’s permission. The former deputy leader posted bail surety of 700,000 baht. Three charges have been formally filed against Prinn by Lumpini police, in response to complaints from three women who claim they were sexually assaulted or raped by him.In all, over 20 women have come forward over the past week, accusing former politician of sexually harassing and assaulting them. Prinn attended a hearing at Lumpini Police Station with his lawyer yesterday morning. The latest woman reporting Prinn is a 25 years old, and has lodged a complaint with city police in Chiang Mai yesterday, accusing Prinn of sexually harassing her at a hotel there 2 years ago. The charges currently laid against the former Democrat include sexual harassment and rape. Prinn has now resigned saying that he will vigorously fight the charges in court.The turmoil is a huge blow to the Democrats who are fighting to stay relevant as coalition partners in the current government amid falling poll numbers.

Five senior police officers at the Patong police station have been sidelined to ‘office duties’ at the provincial HQ after a video surfaced showing a popular hotel open way past the current curfew time in Phuket. The 11pm curfew in Phuket has been broadly ignored by the town’s nightlife which is battling to restart after nearly 2 year Covid hiatus. It’s now been alleged that Police in Patong have, at times, turned a blind eye to the curfew and visitors have been enjoying the ‘extended’ hours. The latest kerfuffle started after a 3 minute video clip surfaced of a big party, well past the ‘closing time’, at Patong’s not-so-secret party venue’, the Patong Bay Hill Resort Hotel. The video has already had over 300,000 views and 2,300 comments, all in Thai language as far as we can see. Pol Lt Gen Surachate Hakparn, aka. Big Joke, and now operating as Thailand’s assistant national police chief, reported yesterday that 5 senior police at the Patong police station would now be moved to desk jobs at the provincial HQ whilst a full investigation continues into the hotel’s alleged violations and the senior police that, allegedly, allowed it to continue. The police sidelined include the Patong station police and senior deputies. The lower who shot the video claimed in his video that… “Large bribes may have been paid.”

In a somewhat ironic fallout from the incident, some 50 staff from the hotel then protested along Bangla Road in Patong on Saturday night to rally against the shooting and posting of the 3 minute video, and to demand a change to the current opening hours. Placards read… “We are hungry” and “We don’t want to go jobless”, the protest taking place around the current 11pm closing time which has not been rigidly enforced over recent months.The hotel in question has responded by claiming that the lawyer had shot the video without any permission. They claimed that the exposure of the video could harm the prospects for hotel staff.

With daily Covid numbers plunging over the past 2 and a bit weeks… from around 28,000 on April 1 to less than 17,000 today, the government are still telling Thais to prepare for a post-Songkran surge of new cases. Over the weekend Thailand’s PM Prayut Chan-o-cha ordered the country’s health institutes to prepare for a spike in Covid-19 infections following the Songkran holiday, as people return to work from their long break with families and friends at home. This includes the Ministry of Public Health, and other state agencies.One leading doctor speculated the post-Songkran spike could reach up to 100,000 cases a day in a worst-case scenario.But even though there’s been a massive drop in new cases, the number of Covid-related deaths continues to trend upward with the number of deaths now into their ninth day over 100 in this latest Omicron surge. Today there were 124 new deaths reported in the past 24 hours. A spokesperson reports that PM Prayut is confident that Thailand has adequate medical supplies and healthcare resources, even if there are any possible surges post-Songkran. Thailand’s National Health Security Office also has more staff working on its hotline to meet the expected demand for help with Covid-19 care and advice after the Songkran festival. Most Thais returned from their Songkran break over the weekend. Some people dragged out a full 9 day break, including the weekends before and after this years official Songkran public holidays. And here we are… back at work today!

The Thai Gulf island of Koh Pha Ngan drew 10,000+ tourists to the shores of Haad Rin for its Full Moon Party on Saturday… well sort of into Sunday as well. The huge monthly beach party hadn’t been held in full since the Covid-19 pandemic first broke out two years ago. Historically, the party was held on the night of, before, or after every full moon. This year the party co-incided with Songkran and Easter, making it a popular destination for people who had the time off and wanted to welcome back the iconic beach rave. Ferries departing to the island were fully booked, according to ferry operators, and most of the partiers were foreigners. The next three full moon parties are scheduled for…
Monday May 16
Tuesday June 14
And Friday July 15Tickets to the party can be bought upon entry for 100 baht each. You might be asked to show your vaccination history, Thailand Pass, or to take an ATK test if you’re not vaccinated. Then again… by then, you might not.

Academic says Omicron may have peaked in Thailand already