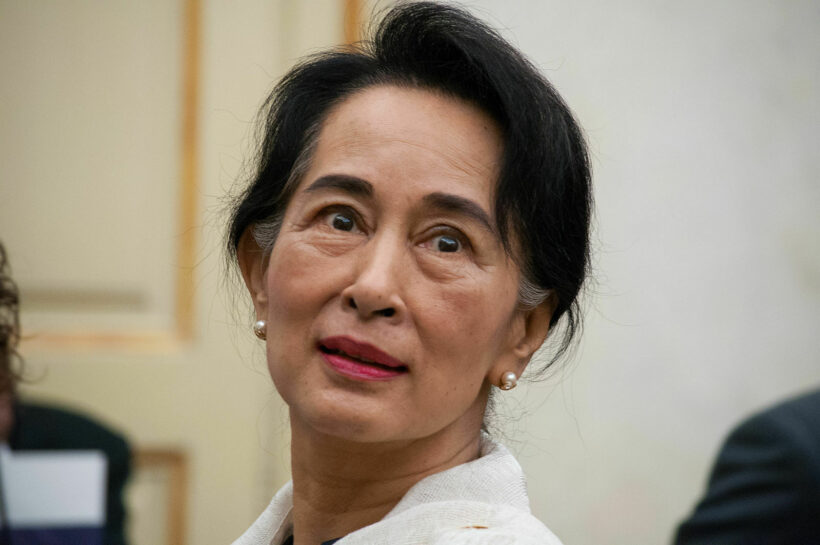 At least 20 Myanmar security forces were killed in a clash with rebel troops on Sunday and a police station was seized by the rebel fighters, according to the anti-coup movement the People’s Defence Force. The former state counsellor, Aung San Suu Kyi, also appeared in court for the first time since the February coup when the see was detained by the military junta.

The police station in Eastern Myanmar’s Shan state was reportedly burned down. Photos show smoke billowing out of the station. Local media says 4 security force members were detained by rebel fighters and photos show what appears to be the officers blindfolded with surgical masks and their hands behind their backs.

Since the military takeover, at least 815 civilians have died and more than 4,000 people have been detained. Many ethnic armies that occupy Myanmar’s border regions have taken a stance against the state military coup, leading to clashes with the junta and rebel fighters, some, like the People’s Defence Force, are civilians who fight back using handmade weapons.

The junta claims they took power due to a fraudulent election. Aung San Suu Kyi had won the election in a landslide. The 75 year old now faces a number of charges from possessing illegal walkie-talkies to violating a state secrets law.

Aung “wished people good health” and her lawyer announced a statement from Aung regarding her Nation League Democracy party.

“Our party grew out of the people so it will exist as long as people support it.”