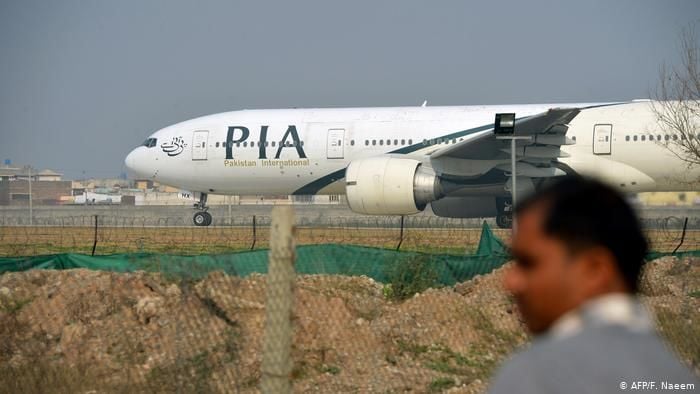 In the wake of a deadly Pakistan plane crash, the country’s flagship carrier, PIA, says they may let go more than 150 pilots after finding many have allegedly faked their own licenses. The government says that pilots both inside and outside the airline had allegedly allowed other people to take their exams in order to keep their flying licenses. Now, those pilots with suspicious or bogus licenses have been immediately grounded.

The news comes after an investigative report into the recent PIA plane crash revealed startling errors on behalf of the pilots and air traffic controllers-which ended with over 90 people dead. Investigators also say officials in the country’s Civil Aviation Authority will be questioned as to whether or not they accepted bribes to stay quiet about the scheme.

Publicly, the news of cheating on pilot exams has only come to light this week, but an AP news agency said that PIA knew about the issue for at least two years as it had fired at least four pilots before over the matter. Currently, there are reportedly 236 pilots with fake licenses.

The Karachi crash saw PIA pilots fly an Airbus A320 into a residential neighbourhood near the airport with reports saying that the pilots were not focused on landing as they attempted to ground the plane with the landing gear still up. The pilots were reportedly distracted as they could be heard talking about the coronavirus pandemic over the receiver, and refused to follow warnings that the aircraft’s altitude was too low-resulting in the fatal crash.

Air traffic controllers also played a role in the crash as they reportedly failed to tell the aircraft that their first landing attempt had damaged both of the plane’s engines, which likely contributed to its crash the second time around.

The International Air Transport Association says that they were also seeking more information after the news came about.

“We are following reports form Pakistan regarding fake pilot licenses, which are concerning and represent a serious lapse in the licensing and safety oversight.”