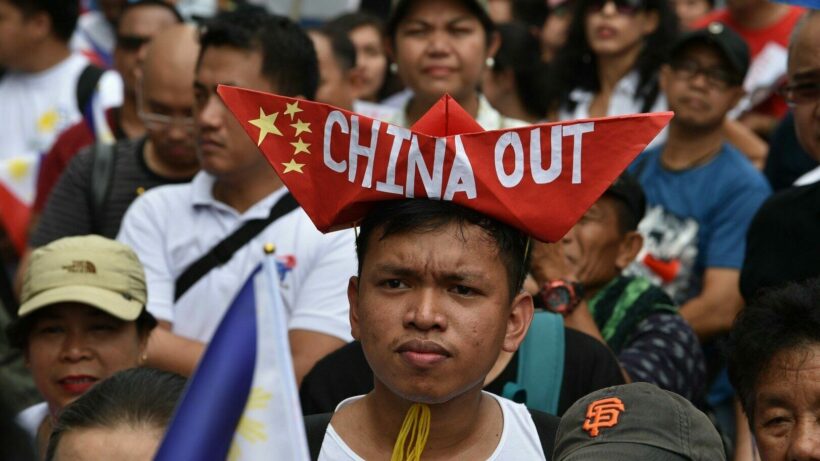 The Philippines Coast Guard says they chased off a Chinese warship in the South China Sea. The square off is yet another aggressive encounter between the two nations in what is considered disputed waters.

In an official statement today, relating to a July 13 report, the Philippines Coast Guard says they had sent a verbal challenge to the Chinese warship that they saw on the Marie Louise Bank. In the tense game of inter-nation chicken, the Chinese ship backed off first, according to the statement.

The Chinese warship had sent a radio message identifying itself with the on-the-nose name of “Chinese Navy Warship 189”. The message asked the Philippines ship following them to back off, says the coast guard.

Chinese and Philippine ships have been in an ongoing struggle in the South China sea for many months, following hundreds of Chinese ships overrunning the disputed waters earlier in 2021. The Philippines has vocally opposed the Chinese ships’ presence in the area. In fact, they even have America cooking up some support for them in the region. Meanwhile, Beijing says China’s actions are “normal and legitimate”.

The struggle is far from a few months old, however, and has involved more than just the US, the Philippines, and China. The struggle has been going on for nearly a decade with Vietnam previously stating China rammed ships in the South China Sea. Australia and New Zealand have also urged China to show restraint in the area.

Nestle’s “Negrita” cookie to get new, non race based name