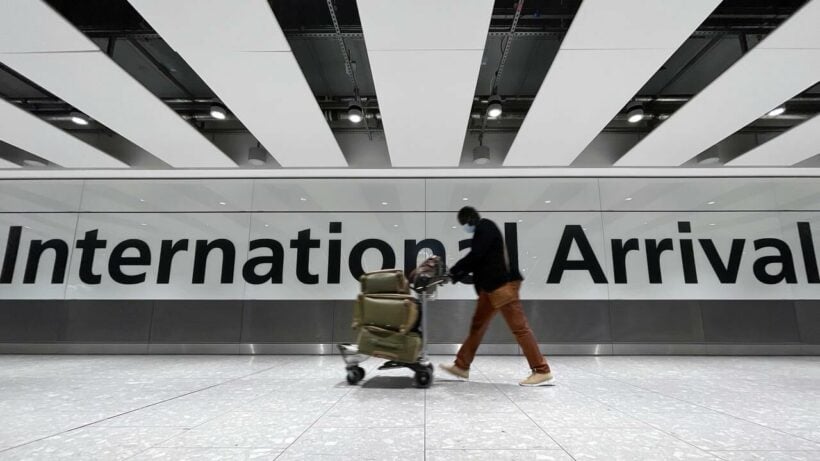 A reminder today that there is still more steam left in the Covid-19 coronavirus. Just as the world started to peek from behind the curtain of uncertainty, another Covid “variant of concern”, named Omicron, has been discovered.

The World Health Organisation says Omicron has a large number of mutations, and early evidence suggests an “increased reinfection risk”. Officially, it is designated B.1.1.529. They have already explained that the variant has “around double the amount of mutations as the Delta variant”.

WHO scientists say it could take several weeks to complete their studies of B.1.1.529 “Omicron” to identify “any changes in transmissibility, severity or implications for Covid vaccines, tests and treatments”. The name ‘Omicron’ follows the WHO protocol on naming variants after letters in the Greek alphabet.

It is not known, at this stage, what efficacies the current vaccines will have on Omicron.

With the current focus on South Africa, world travel has again been thrown into disarray as nation’s scramble to stop further transmission. The EU, US and other major destinations, are now blocking flights from African countries. Earlier emergency travel responses, aimed at stopping transmission of Covid-19 variants, mostly delayed but didn’t stop the spread of the virus.

At this time, Omicron (sounds like the bad guy from a Marvel movie) has been detected in South Africa, Botswana, as well as 2 travellers currently quarantining in Hong Kong, Israel and Belgium.

“We don’t know a lot about the variant except that it is a big concern and seems to spread rapidly.”

Canada has also moved quickly to contain the new strain. We are “banning the entry of foreign nationals that have traveled through southern Africa in the last 14 days”, according to Canada’s Health Minister Jean-Yves Duclos.

Travellers from South Africa, Namibia, Zimbabwe, Botswana, Lesotho and Eswatini have also been prevented from entering the UK unless they are UK or Irish nationals, or UK residents. The UK’s Health Secretary, Sajid Javid, has described the new Covid variant as the “worst ever” strain of the virus.

Regionally, Singapore is opting to ban all non-residents from Botswana, Eswatini, Lesotho, Mozambique, Namibia, South Africa and Zimbabwe from entering the island, while Singapore nationals and permanent residents returning from any of these countries “must serve a 10 day stay home notice”.

Malaysia and the Philippines have already taken the same steps to restrict entry from the listed countries.

Japan, Dubai, Saudi Arabia, Bahrain and Jordan are also leading the way to impose restrictions on flights and travellers from the southern African nations. Many other countries are expected to fall into line with the new travel restrictions over the weekend.

But the International Air Transport Association, representing the world’s long-suffering airlines, is warning against new travel bans and restrictions, claiming they are “not a long-term solution” when it comes to managing the mutating C-19 variants.

IATA Director General Willie Walsh said the industry needed to “use the experience of the last two years to move to a coordinated data-driven approach that finds safe alternatives to border closures and quarantine”.

The developments following the announcement of Omicron in the past few days are leading to speculation that the strict curbs on world travel, brought in at the start of the Covid-19 pandemic, could be on their way back. And just in the weeks before the travel industry’s busiest time of the year.

Stock markets around the world fell sharply on the announcement of the new Covid-19 variant. Even Bitcoin plunged some 5% when the news came out.

Meanwhile Thailand, via the CCSA, the country’s Covid-19 Taskforce, announced a series of reduced restrictions and travel impositions yesterday. Read the latest HERE and HERE.

palooka
23 hours ago, Ttalk said: Thank the vaccinated in Botswana for this. Who did they get it from????

King Cotton
11 hours ago, marksss said: The world has just got to get used to living with this virus ,a bit like in uk where you have to live seasonaly with influenza, its not going away and will continue to mutate…

Tjampman
22 hours ago, Stardust said: Severe acute respiratory syndrome Sars is the disease/syndrome caused by a corona virus. When you mix them up you cant possible not be expected to be laughed out of the room.

Faz
Off topic nonsense and quoted replies removed. A previous warning by Admin appears have had little response, so official warnings will follow.