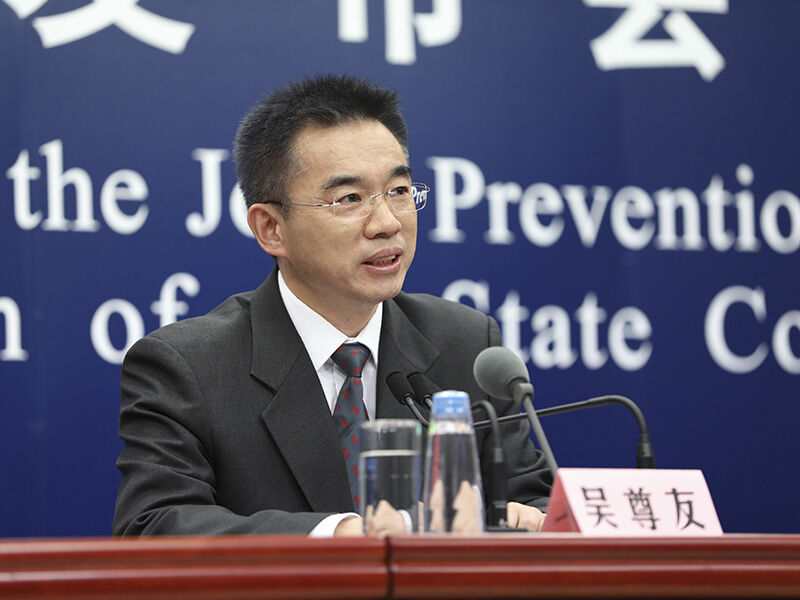 A top Chinese health official advised the public against touching foreigners after China recorded its first monkeypox infection in the southwestern city of Chongqing on Friday.

“In order to prevent possible monkeypox infection and as part of our healthy lifestyle, it is recommended that 1) you do not have direct skin-to-skin contact with foreigners.”

On Monday, China’s CDC said that they detected the virus in a 29 year old salesman who had recently travelled back to Chongqing from Germany. His nationality has not been publicised, but we can probably safely assume he is not Chinese given Wu’s Weibo post.

The health official’s advice was not welcomed by everyone, with some Weibo users calling it inappropriate and even racist. Netizens pointed out that most foreigners living in China couldn’t possibly be monkeypox risks as they hadn’t been able to leave the country in years…

“How racist is this? What about the ones like me who have been living in China for almost ten years? We haven’t seen our families in like 3-4 years due to borders being closed.”

Wu is by no means the only health official in Asia with such an approach against monkeypox. After Thailand recorded its first few cases of monkeypox earlier this year, Thailand’s health authorities also advised Thais against having sex with foreigners if they wanted to stay free of the disease.

In August, when Thailand had recorded two monkeypox cases both in men, Director-General of the Department of Disease Control Dr Opas Karnkawinpong said…

“Most cases of monkeypox in Asia so far were found in men who had a history of having close relations with foreign men.”

Since Dr Opas’ made the statement, Thailand has recorded eight cases of monkeypox, four of whom were found in women.

China’s CDC said the risk of monkeypox transmission is still low in China as the infected salesman was quarantined upon arrival in Chongqing. All close contacts were isolated and put under medical observation, said the CDC.

According to the World Health Organisation, 52,996 laboratory-confirmed cases of monkeypox have been recorded worldwide between January 1 – September 4, 2022.

Vigo
5 hours ago, Rookiescot said: It's ironic is it not? IF the world had closed its borders to Chinese people then it's possible Covid would never have become an issue. Of course at that point China would have claimed such…
Janneman
Well yes. Talking in percentages can be confusing: Overall 50% of the infected persons in Thailand were female. All Thai. Of the infected men 25% were Thai, 25% were of african origine, and 50% were White. So 75% of all…
HiuMak
15 hours ago, Thaiger said: A top Chinese health official advised the public against touching foreigners after China recorded its first monkeypox infection in the southwestern city of Chongqing on Friday. Chief Epidemiologist at the Chinese Centre for Disease Control…
ShibaBud
Izit just another of the coincidences that many "mysterious" & surprising diseases crop up during these past 2+ years of pandemic, during which people avoided contact more than normal?

Faz
17 hours ago, Thaiger said: Chief Epidemiologist at the Chinese Centre for Disease Control and Prevention (CDC) Wu Zunyou posted on Weibo to advise Chinese people to avoid “skin-to-skin contact with foreigners” if they want to be safe from monkeypox……

US mother of two who faked her own abduction is jailed