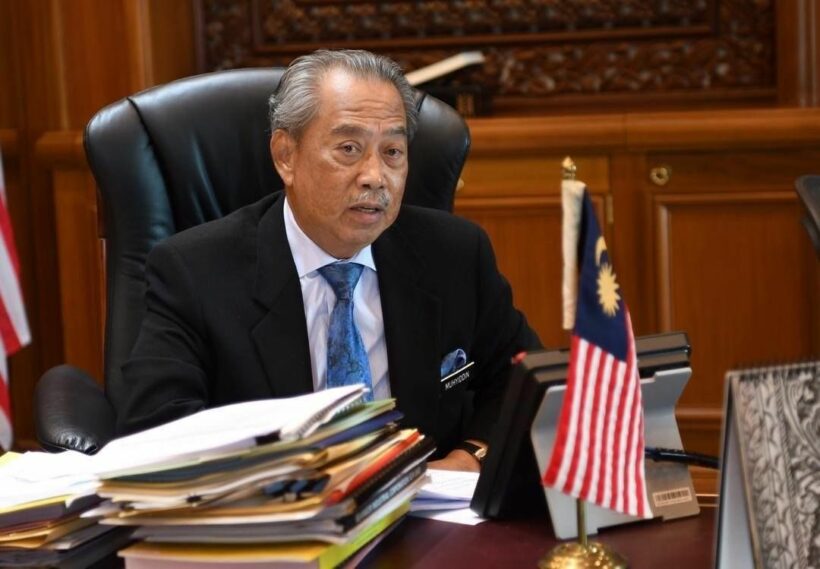 While protesters in Thailand are calling on PM Prayut Chan-o-cha to resign, the Malaysia PM Muhyiddin Yassin is experiencing similar calls after he attempted to declare a state of emergency amid a rise in Covid-19 infections, but the request was rejected by the Malaysian King.

Some say the prime minister’s attempt to impose the order was intended to suspend parliament and “curb the government process”. Opposition leader Anwar Ibrahim recently claimed he had the majority of support in parliament and challenged the prime minister. He suggested the call for a state of emergency was to avoid a vote on the annual supply bill which he may have lost, effectively a vote of no confidence in the current PM and his government.

When Muhyiddin requested a state of emergency, Anwar said the Malaysian PM was trying to “curb the parliamentary process.” He said using the Covid-19 crisis as an excuse to suspend sessions is an “abuse of power” and called the state of emergency request a “descent into dictatorship and authoritarianism.”

“A state of emergency is declared when there is a threat to our national security. But when the government is itself the source of that threat, then a state of emergency is nothing more than the descent into dictatorship and authoritarianism. I strongly advise Tan Sri Muhyiddin Yassin to consider the legacy of these actions he is taking out of self interest and selfishness.”

Anwar released another media statement after the Malaysian King’s refusal saying it “affirms the strength of the constitutional monarchy and parliamentary democracy.”

King Al-Sultan Abdullah rejected the emergency order request yesterday. The prime minister holds a slim majority in parliament, but with his request rejected by the King, his hold on power is now palpably weaker. Now some leaders are calling on Muhyiddin to resign.

Ahmad Puad Zarkashi, a senior leader in the United Malays National Organisation made a Facebook post calling on the prime minister to resign.

“Thankfully, His Majesty the King was not influenced by the political game that could drag the country into more critical territory… The people’s wellbeing is more important. By right, Muhyiddin should step down.”

Opposition lawmaker Wong Chen calls the proposal for a state of emergency “malicious” and says the prime minister should resign or fire ministers who proposed the emergency orders.

I am deeply concerned about reports that the government is seeking to implement emergency measures to curb the parliamentary process. pic.twitter.com/pZB40FMjf4