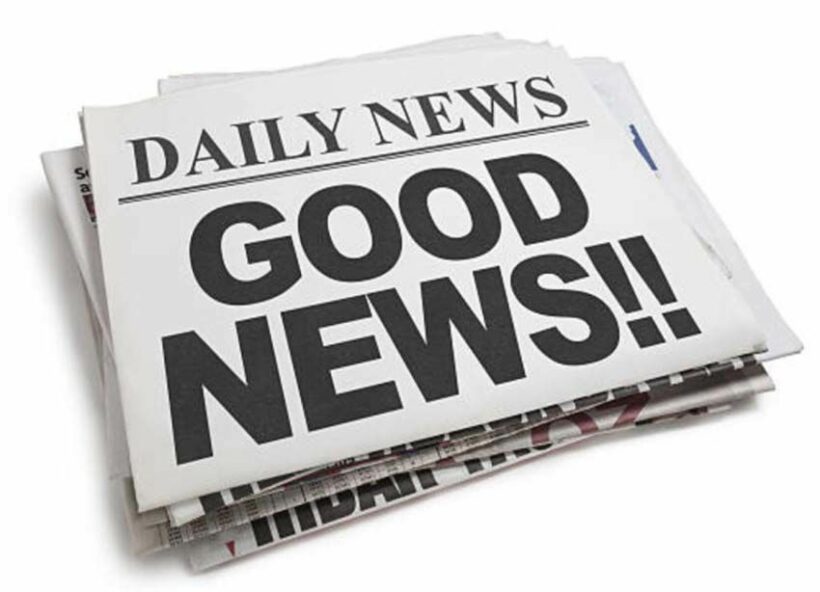 There’s no disputing the fact that none of us are going to remember 2020 with great fondness. With a global pandemic wreaking havoc around the world, and no end in sight in the immediate future, it’s hard to see any positives in the year just gone. However, buried in the midst of all the doom and gloom, there were some good news stories. Here’s a small selection.

Net-zero commitments double
The United Nations Framework Convention on Climate Change has confirmed that, by September, net-zero pledges were more than double what they were last year. More regions and organisations are joining the UN Race to Zero campaign, bolstering efforts to increase net-zero commitments prior to this year’s COP26 UN Climate Change Conference in Scotland.

Progress in the fight against cancer
In July, Australian scientists reported a breakthrough in the discovery of a potential cancer vaccine, with lab studies showing promising signs. In September, a number of other cancer breakthroughs were discussed at a virtual get-together of the European Society for Medical Oncology, including improvements to ovarian cancer treatments, new research findings for high-risk breast cancer patients, and a successful treatment for prostate cancer, already in use in breast and ovarian cancers.

Progress in environmental conservation
In September, researchers confirmed that up to 48 species of birds and mammals have been saved from extinction since 1993. These include the pygmy hog, black-footed ferret, the Asian crested Ibis, yellow-eared parrot, Hawaiian crow, spoon-billed sandpiper, and red wolf. Researchers add that, although 15 species have become extinct since serious conservation efforts began in 1993, the numbers would have been 3 to 4 times higher if no action had been taken.

A Nobel Peace Prize for the World Food Programme
In October, the WFP was awarded the Nobel Peace Prize in recognition of its work to combat hunger around the world. It’s estimated that during 2019, the organisation helped nearly 100 million people in 88 countries, an effort that has only intensified since the arrival of the Covid-19 pandemic.

Progress in gender equality
Although the world is a long way off, with no country yet achieving gender equality, 2020 did bring some progress. In October, a UN report revealed that women’s representation in parliaments around the world has more than doubled, accounting for 25% of seats in 2020. There are 20 countries who have a woman as head of state or government, 8 more than in 1995.

Water on the moon
In October, NASA discovered that there is far more water on the moon than previously thought, which could potentially be used in future missions. The weight of water means it is expensive to launch from the surface of the earth, so the discovery could lead to moon water being used as a drinking supply, turned into oxygen for astronauts, or even potentially used as fuel.

Progress in the war on plastic
More countries are declaring war on plastic, with Vietnam, Indonesia, and Ghana the latest to act. Ghana has pledged to create a 100% circular economy for plastic, Vietnam has committed to a 75% reduction in marine plastic by 2030, while Indonesia has pledge to reduce marine plastic by 70% by 2025. The 3 nations are part of the World Economic Forum’s Global Plastic Action Partnership, which is aims to wipe out plastic pollution.

Covid-19 vaccines
We couldn’t end without mentioning what is arguably the most promising development to come out of 2020. The arrival in November of a number of different vaccines that have proved highly effective in phase 3 trials could be the light at the end of the long, dark, Covid-19 tunnel.

How Asian countries celebrate the arrival of another year

WHO approves emergency use of the Pfizer/BionTech Covid vaccine