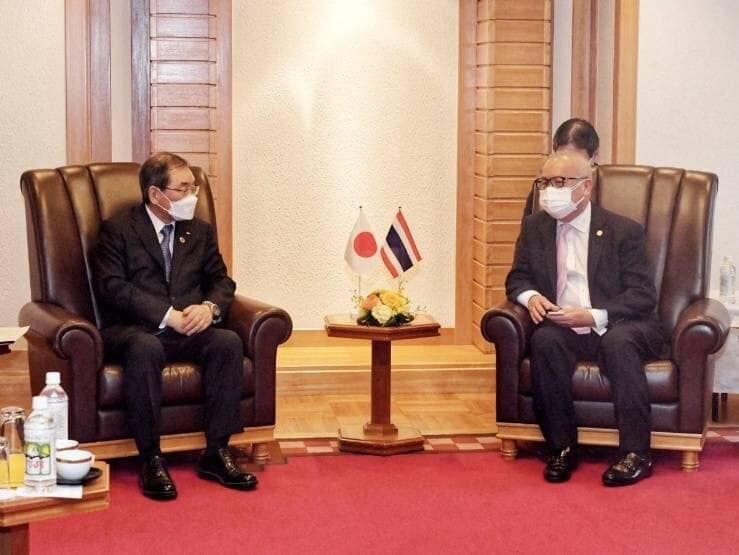 Thai PM Prayut Chan-o-cha has ordered the relevant authorities to host “economic roadshows” to draw foreign investors back to Thailand. The first event was held in Japan earlier this month, from April 13 – 23, with similar events planned for European countries, as well as the US, South Korea and Taiwan.

During a press conference this morning, deputy spokesperson Trisulee Trisaranakul said PM Prayut wanted the end of the Songkran festival to be the start of the nation’s economic recovery plan.

Firstly, the government would drop the Test & Go program on May 1, as reported after the Centre for Covid-19 Situation Administration’s meeting on April 22. Secondly, the spokesperson said Thailand would attract more foreign investors by building confidence in the country’s economy.

According to a government report, Thailand had more than 700 foreign investment projects in 2020, generating an investment value of about 450 billion baht.

The spokesperson also said deputy PM Suphatpong Phanmechao would be in charge of the roadshow plans. The deputy PM would also prepare to supply foreign investors with the relevant information regarding investment promotion measures, advantages of investing in Thailand and related measures that have previously been announced.

The spokesperson added that the first roadshow had already happened in Japan because there are many Japanese investors in Thailand, and Japan is one of the world’s top car manufacturers. (Japan is also one of the top three most numerous nations for expats in Thailand.)

According to the report, Thailand has been promoting the Long-Term Resident Visa, or LTR, and measures to encourage the investment in electric cars and S-curve industries like robotics, electronics and medical technologies, as well as aviation and logistics.

Is Thailand Tourism going to Boom or Bust? | GMT