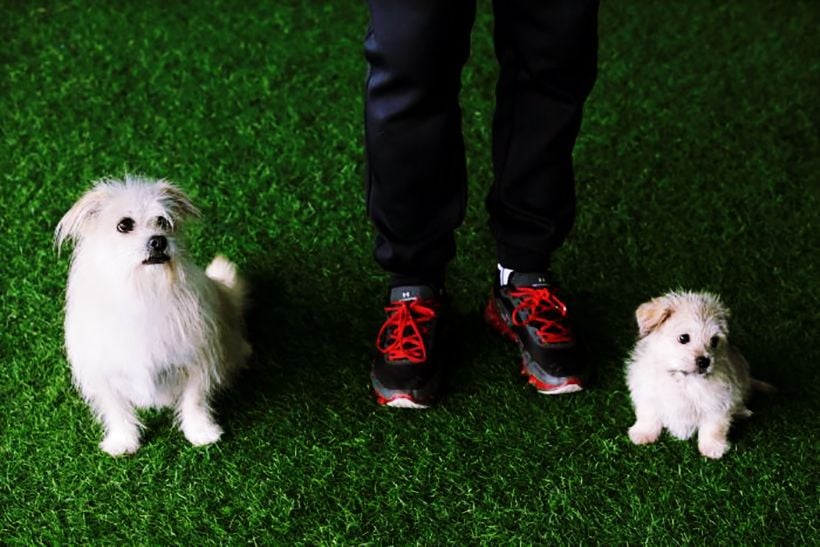 Meet Juice or “Guozhi” in Mandarin, a small one foot tall mongrel stray adopted from the streets turned into Chinese movie star. The nine year old canine actor was neutered at an early age and is unable to reproduce but as they say “the show must go on”.

Introducing “Sinogene”, China’s first biotech company offering animal cloning services. In May last year the company successfully cloned a gene-edited beagle and made headlines, and a month later the service was made available to anyone, for a price.

Starting from US$55,065 your dog can live now live forever too (well, it’s not actually the same dog, but a genetic copy with identical DNA).

Sinogene collects skin samples from the dogs lower abdomen and within a few weeks they are able to isolate his DNA and fertilise an egg, which is then surgically inserted into the uterus of a surrogate mother dog. 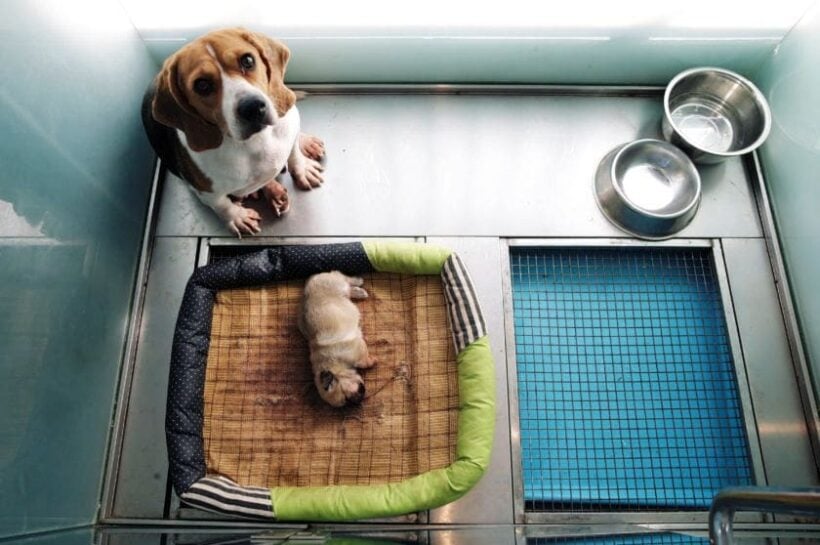 Little Juice during his first month spent in the lab, guarded by his surrogate mother.

‘Little Juice’ (Juices clone) was born in mid-September and stayed with the surrogate mother for about a month inside Sinogene’s lab. The puppy was then presented to its owner at a small ceremony, in which ‘Juice’ was present.

More and more progress is being made in the cloning field, where last year a Shanghai lab produced the worlds first monkey clones of two long-tailed macaques. Last month He Jiankui of China’s Southern University of Science and Technology claimed he had used gene-editing to modify the embryonic genes of twin girls, to great controversy. In this case the scientists claim they were able to produce an HIV-immune baby.

In China the biotech industry is growing very rapidly, and currently faces relatively few regulations and barriers compared to the West. Due to the high profit margin and the image of this very high-tech technology the government has proven to be supportive of this industry, so far.