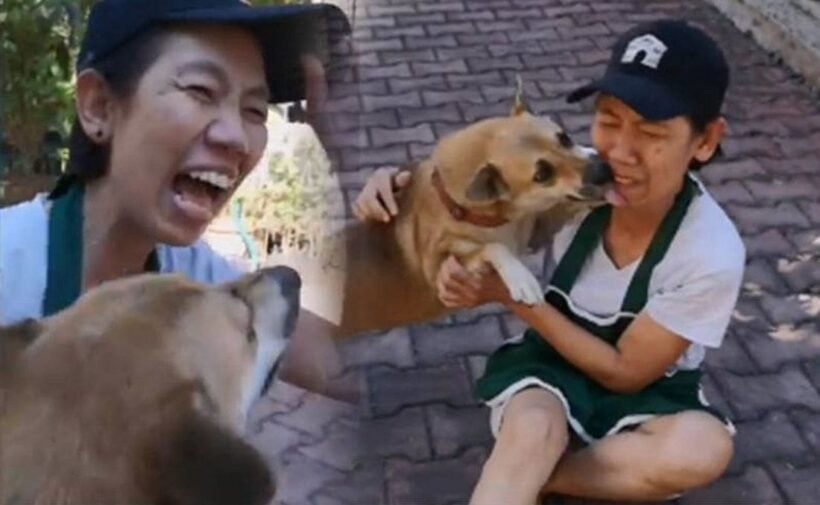 Facebook users in Chiang Mai have banded together to locate a lost dog. 24 days ago it was frightened by the firecrackers on Loy Kratong night and ran away.

Thanawat Jinawanit recounts how he and his aunt, Yaowamal Jinawanit, got the dog back from a temple in another tambon last Sunday after a Facebook user called him to report sighting the dog that he recognized from Thanawat’s Facebook wall. 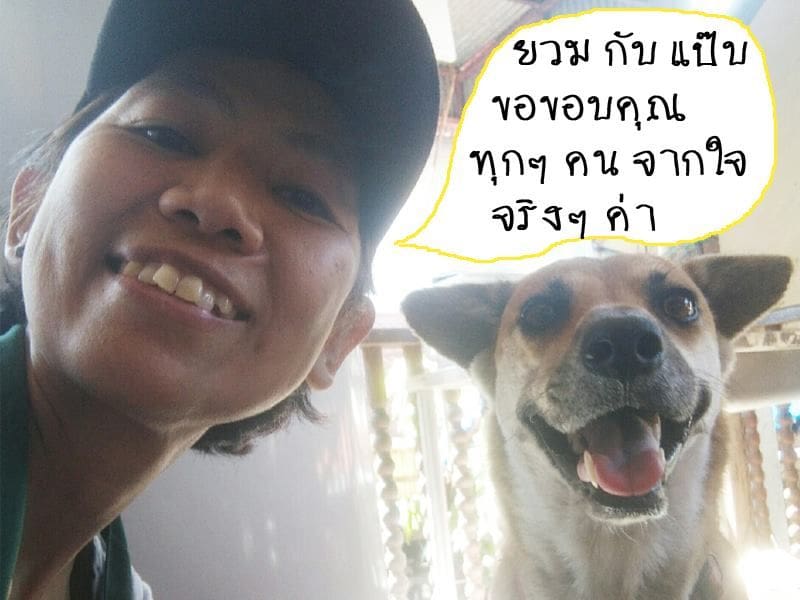 He said the dog had developed an attachment to his aunt over the past five years. But three months ago, his aunt had to make a foreign trip and the dog became sad.

Then when his aunt returned home on November 23, Poppaep became frightened by firecracker sounds and ran away from their house.

Thanawat said he searched but failed to locate Poppaep and so posted her photo to his Facebook wall, and the post was widely shared.

On Sunday, a woman called to tell him Poppaep was spotted at Wat Jed Yod in tambon Chang Puak in Muang district, and so he went there with Yaowamal to find it.

Thanawat said his aunt shed her tears of joy after reconnecting with Poppaep.

Man jumps to his death from condo rooftop in Chiang Mai