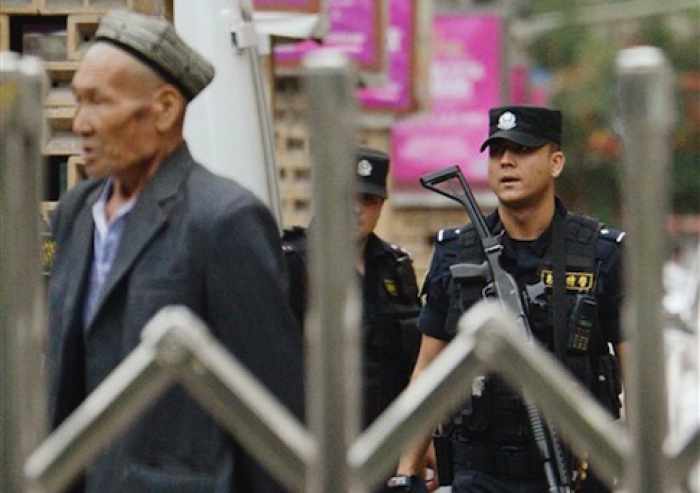 PHUKET: Chinese police shot dead dozens of knife-wielding attackers on Monday morning after they staged assaults on two towns in the western region of Xinjiang, the official Xinhua news agency said on Tuesday.

A gang armed with knives had first attacked a police station and government offices in the town of Elixku, in Shache county, it said, quoting local police. Some moved on to the nearby town of Huangdi, attacking civilians and smashing and setting fire to six vehicles.

“Police officers at the scene shot dead dozens of members of the mob,” the brief report said.

An initial investigation showed that it was an “organised and premeditated terrorist attack”, Xinhua added.

The dead and injured include not just Uighurs but members of China’s majority Han Chinese population, the report said.

Shache, also known by its Uighur name of Yarkant, is located in Xinjiang’s heavily Uighur southwestern part, close to the borders of Tajikistan, Pakistan and Afghanistan.

Xinjiang, home to many Turkic-speaking Uighurs, has for years been beset by violence, which the government blames on Islamist militants or separatists who it says are bent on establishing an independent state called East Turkestan.

China says Uighur militants have based themselves in countries including Afghanistan and Pakistan in recent years, and this week China’s special envoy for the Middle East said some had also likely been trained in Syria and Iraq.

It was not clear why the attack was only being reported on Tuesday, more than a day after it took place, though China’s ruling Communist Party, which values stability above all else, had a habit of suppressing or delaying bad news.

Xinjiang, resource-rich and strategically located on the borders of central Asia, is crucial to meeting China’s growing energy needs.

Exiles, rights groups and many foreign experts say that most of the proceeds have gone to the Han Chinese, stoking resentment among Uighurs.

More than 200 people have died in unrest in Xinjiang in the past year or so, the government says, prompting a tough crackdown by Beijing.

Violence blamed by China on Uighur extremists has begun to spread outside of Xinjiang. In March, 29 people were stabbed to death at a train station in the southwestern city of Kunming.