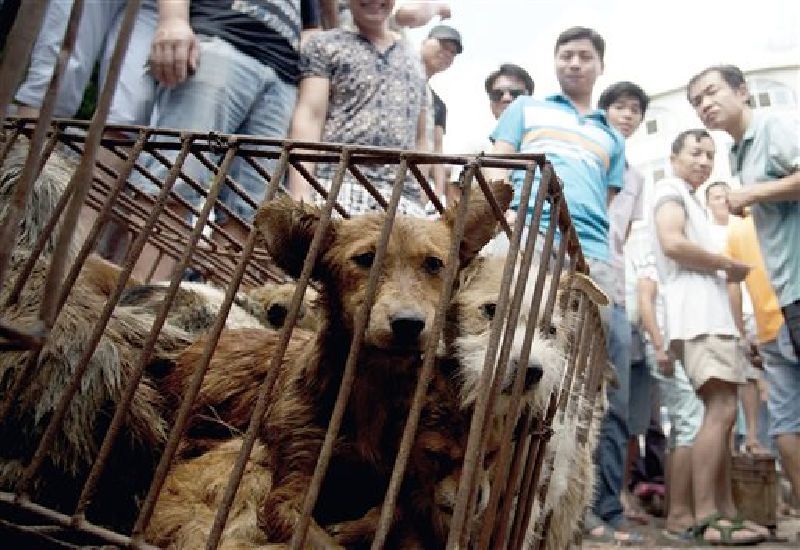 In spite of the Government’s campaign to boost animal welfare, China’s infamous annual dog-meat festival opened again, but activists hope that its days are numbered. An animal rights activist, Zhang Qianqian, who was in Yulin Saturday, says it was only a matter of time before the dog meat festival had been banned.

“From what we understand from our conversations with meat sellers, leaders have said the consumption of dog meat won’t be allowed in future.”

“But banning dog-meat consumption is going to be hard and will take some time.”

The 10 day festival in the southwestern town Yulin normally draws thousands of tourists, many of whom buy dogs for the pot in tight cages, but the numbers decreased this year.

The government is drafting new legislation to ban trade in wildlife and protect livestock, and campaigners hope that this year’s festival will be the last time.

Peter Li, China’s policy specialist for the Animal Rights Group, Humane Society International says he hopes Yulin will change not only for the sake of the animals but also for the health and safety of its people.

“Allowing mass gatherings to trade in and consume dog meat in crowded markets and restaurants in the name of a festival poses a significant public health risk.”

In April, Shenzhen became China’s first city to ban dogs, with others set to follow. The Ministry of Agriculture has also agreed to identify dogs as livestock and not pets, but how reclassification affects Yulin ‘s trade remains unclear.

The coronavirus is suspected to have originated in horseshoe bats in the city of Wuhan before it was crossed into humans, forcing China to reassess its connection to animals and vowed to ban the trade in wildlife. 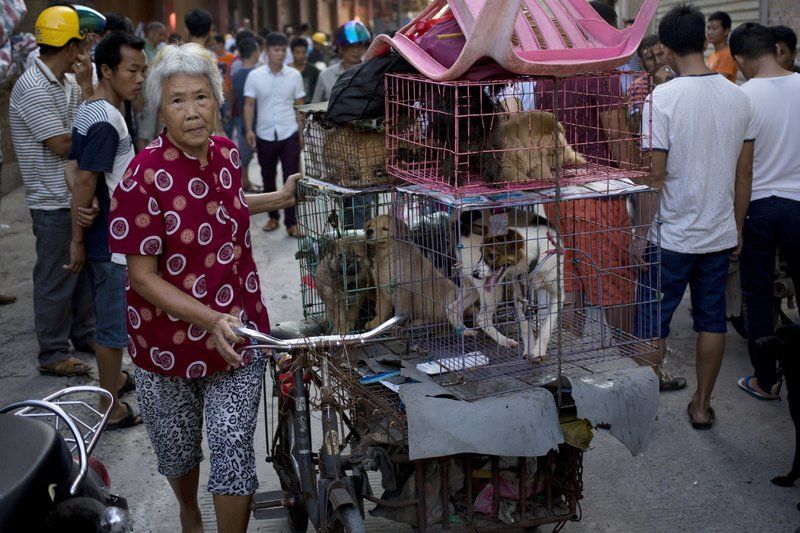