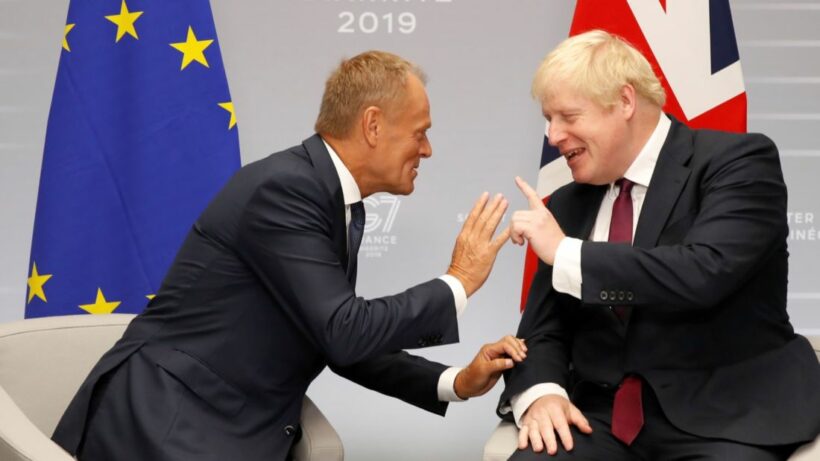 “The Prime Minister emphasised that in order to secure a deal we will now need to see movement and flexibility from the EU.”

British PM Boris Johnson has reiterated his call for “flexibility” from the EU in Brexit talks during a face-to-face meeting with Council President Donald Tusk in New York that failed to yield a breakthrough.

Johnson and Tusk met on the sidelines of the UN General Assembly as Britain races towards its October 31 departure without an exit agreement and the prospect of economic disruption, a further degrading of its currency and threats of a prolonged recession.

The British PM underlined to Tusk that his preference is for an exit agreement and discussed finding an alternative to the so-called “Irish backstop.” They also discussed three papers recently submitted by London with ideas on replacing the backstop provisions in the Brexit deal struck last year but rejected by British lawmakers.

“The Prime Minister emphasised that in order to secure a deal we will now need to see movement and flexibility from the EU,” said a spokesman.

“The leaders agreed to keep in touch over the coming weeks.”

Tusk tweeted that there had been, “No breakthrough. No breakdown,” adding that there was “no time to lose.”

The meeting came as the EU’s chief Brexit negotiator, Michel Barnier, said that London’s current position did not offer any “basis to find an agreement” on leaving the bloc. He said it was “difficult to see how we can arrive at a legally operative solution which fulfils all the objectives of the backstop.”

The “backstop” is intended to guarantee that there is no hard border between EU member Ireland and the UK’s province of Northern Ireland and to protect the EU’s single market. The British government has admitted leaving without an exit agreement could cause food shortages and spark civil unrest.

Johnson also held a 30-minute meeting with Belgian PM Charles Michel, in which Brexit was discussed.