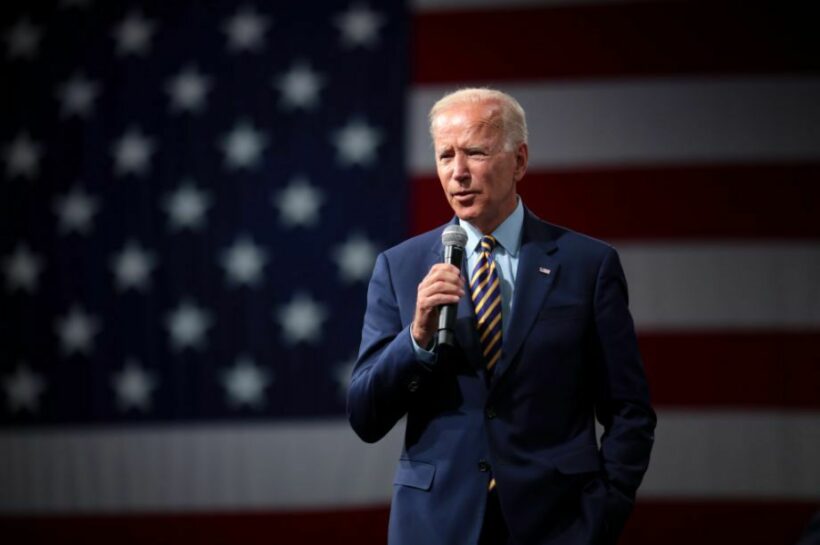 US President Joe Biden said that the US would defend Taiwan in the case of a Chinese attack. He was asked about this hypothetical situation yesterday during a CNN town hall segment. His response is a departure from the typical US stance on the Taiwan issue, but follows the trend of increasingly firm policy approaches towards China.

China, historically, considers Taiwan to be Chinese territory, and has often repeated that they wish to see the island reunited and governed by the mainland. They have also made it clear that they are prepared to use force to achieve their goal. Taiwan has responded that they are ready to fight China to maintain their own independence, despite a huge difference in their military capabilities.

As a longtime ally of Taiwan, the US is often asked what it would do if it came to military action between China and Taiwan. The standard US policy for decades has been “strategic ambiguity”  Translated, this means that the US has helped to build Taiwan’s defenses and helps train its personnel, but the US has not explicitly promised military intervention if it did come to defending the island.

That is, until recently. President Biden has been referring to the “commitment” that the US has to defend its allies, and the obligation that America has should one of those allies come under attack, specifically Taiwan. He has implored China and other potential rival countries not to “engage in activities where they may make a serious mistake”.

“I just want to make China understand that we are not going to step back.”

During the town hall, Biden was asked if he believed that the US could keep up with China’s recent military advancements. His response was an unequivocal yes.

“Don’t worry about whether… they’re going to be more powerful. China, Russia and the rest of the world knows we have the most powerful military in the history of the world.”

China has been increasingly aggressive towards Taiwan in the last few months, sending warplanes into Taiwan’s air defense zone and testing their newly developed hypersonic missiles.

JohninDublin
3 hours ago, mickkotlarski said: Precisely. If China was in Afghanistan the losses would still be high and a similar result. The US should have pulled out after Bin Laden was dealt with. But if it had been China in…

mickkotlarski
8 minutes ago, Poolie said: ADIZ is not the same as airspace. Part of the same space belongs to China. More western press evasion. I thought discussion was over? And the airspace is Taiwanese. More PRC propaganda.
Griff1315
2 minutes ago, JohninDubin said: But if it had been China in Afghanistan, I think they would have a lot fewer compunction about civilian casualties. Fewer as in ZERO I totally agree. There certainly wouldn't be any world press in…