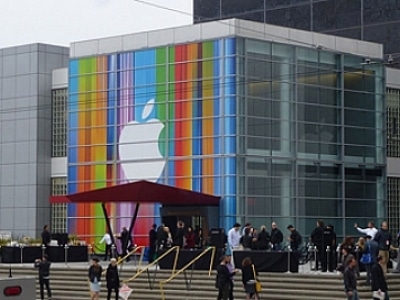 PHUKET: Apple received more than two million orders for its new iPhone 5 during the first 24 hours of pre-orders, exceeding the initial supply and more than doubling the previous record of one million which was held by the iPhone 4S, the company said yesterday.

Apple unveiled the new version of its popular smartphone last week and said it is the thinnest and lightest iPhone yet. The device has been redesigned to feature a new 4-inch Retina display, an A6 chip for faster performance, ultrafast wireless technology, and improved battery life.

“iPhone 5 pre-orders have shattered the previous record held by iPhone 4S and the customer response to iPhone 5 has been phenomenal,” said Philip Schiller, Apple’s senior vice president of Worldwide Marketing. “iPhone 5 is the best iPhone yet, the most beautiful product we’ve ever made, and we hope customers love it as much as we do.”

Customers have been able to pre-order the new device since Friday, and the strong demand will push many of the deliveries into October as Apple’s initial supply was less than two million. The smartphone, for which retail prices start at US$199 in the United States, will also be available at 356 Apple retail stores in the US beginning at 8am local time on Friday.

The previous record was held by the iPhone 4S, which sold more than one million during the first day of pre-orders in October 2011, coming shortly after the death of Apple co-founder Steve Jobs. That number surpassed the single-day pre-order record of 600,000 which had been held by iPhone 4, which was released in June 2010.

A release date for the iPhone 5 in Phuket has not been announced yet, but its overwhelming reception in the United States is likely to delay whatever tentative plans the company might have had for Thailand.

World News: Man falls to his death from passenger jet