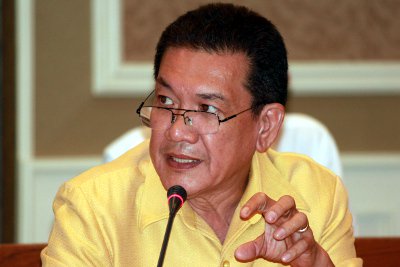 PHUKET: In their first “regular” quarterly meeting with Phuket government officers since February, Phuket Honorary Consuls today delivered a barrage of questions over the new standard taxi fares “agreed to” on September 12.

Piyanoot Hongsyok, honorary consul for Estonia, asked why no action was being taken to allow taxis to pick up passengers from the same area where they drop a passenger off.

“This could help reduce the standard taxi fares,” she pointed out.

Mr Teerayut replied, “Allowing this would cause problems. This was already standard practice long before the regulations were brought into force. We cannot change it suddenly.”

British honorary consul Martin Carpenter asked why different fares for the same journey in opposite directions were allowed.

Taxis picking up passengers from Phuket Airport and dropping them off in Rawai, for example, were charging less than taxi drivers in Rawai delivering passengers to the airport.

To this, Mr Teerayut explained that taxi drivers serving the airport had access to many more passengers than taxis posted at other ranks across the island.

“In the high season one driver serving the airport can get up to six trips a day. That means earning between 2,000 and 3,000 baht a day.

“Taxi drivers in Karon, in comparison, will get no more than two trips a day, meaning they will not make more than 2,000 baht a day in the high season,” he said.

Seven Smulders, honorary consul for the Netherlands, questioned the standard of vehicles to be used as taxis.

“The engine size cannot be less than 1,500cc and the vehicles will need to pass an inspection twice a year. The cars must be comfortable for passengers,” Mr Teerayut said.

Mr Smulders also asked what was being done to bring tuk-tuk and motorbike taxi drivers into the same level of regulation.

“Taxis first, then we will focus our attention on the tuk-tuk and motorbike taxi drivers,” Mr Teerayut said.

In accordance with government tender regulations, the PLTO will receive bids for 45 days.

However, it was only last year that Mr Teerayut admitted that no people or companies have ever applied to take on operating bus services along these routes for fear of reprisal by local transport organizations.

In other matters, Larry Cunningham, honorary consul fro Australia, thanked all the officials involved in the arrest and subsequent trial of the Michelle Smith killers.

He also expressed thanks to sexual assault special investigator Capt Nucharee Longkaew for her assistance in the Stevie Bamford case.