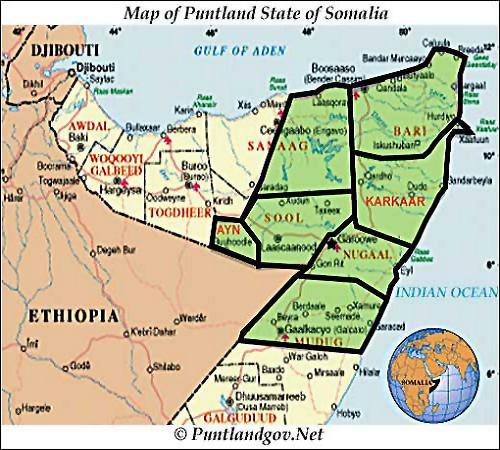 
Somali pirates release longest-held hostages after 33 months
Reuters / Phuket Gazette
PHUKET: A ship and its crew of 22 sailors held by Somali pirates for almost three years have been freed by maritime police after a two-week-long siege, the government of the breakaway region of Puntland said yesterday.

The sailors aboard Panama-flagged MV Iceberg 1, from the Philippines, India, Yemen, Sudan, Ghana and Pakistan, were held for longer than any other hostages in the power of the pirates, who prey on shipping in the region, according to the president’s office of the northern Somali enclave in a statement

Maritime police laid siege to the vessel on December 10 near the coastal village of Gara’ad in the region of Mudug.

“After 2 years and 9 months in captivity, the hostages have suffered signs of physical torture and illness. The hostages are now receiving nutrition and medical care,” said the statement.

The ship originally had a crew of 24, but two had died since the roll-on roll-off cargo vessel was seized on March 29, 2010, some 10 miles from Aden, pirates said.

One of the pirate leaders said they only released the ship after negotiation with Puntland officials and local elders.

“They kindly requested the release of the ship we held for three years. Puntland forces had attacked us and tried to release the ship by force but they failed. We fought back and defeated them,” the pirate known as Farah told Reuters.

Farah did not disclose whether any ransom had been paid for the crew and the ship, owned by Azal Shipping in Dubai with a deadweight of 4,500 tonnes.

Pirates rarely release ships without ransom, and usually raise their demands the longer they hold a vessel, because they charge for their expenses.

International navies have had some recent success containing piracy in the Indian Ocean.

Although more than 100 hostages taken off Somalia are still being held captive, the number of hijackings of ships dropped to seven in the first 11 months of this year compared to 24 in the whole of 2011.

Separately, Puntland said a group of eight Puntland soldiers responsible for briefly trying to sail away with a North Korea-flagged vessel, MV Daesan and its 33-member crew were jailed by a Puntland military court on December 22.

The soldiers had taken the vessel on December 18.

“Puntland Government managed to return the vessel back to the port within 24 hours; the soldiers were arrested and will be brought to justice,” the authorities said.