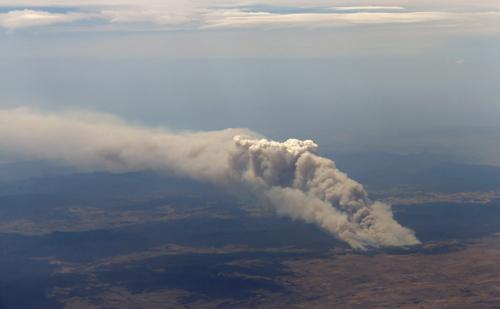 PHUKET: New wildfires flared across Australia today as temperatures soared to near record levels, fanned by hot outback winds, and as Prime Minister Julia Gillard warned the nation to prepare for possibly its worst day of bushfires.

“We of course are very concerned about these extreme weather conditions in New South Wales (state). The word catastrophic is being used for very good reason, So it is very important that people keep themselves safe,” Gillard said.

The severe fire conditions forecast for today are expected to replicate those of 2009, when “Black Saturday” wildfires in Victoria state killed 173 people and caused $4.4 billion (2.7 billion pounds) worth of damage.

After week of heat wave conditions bushfires are ablaze in five of Australia’s six states, with more than 100 fires in the most populous state New South Wales (NSW), and in mountain forests around the national capital Canberra. More than 20 raged out of control.

Authorities warned earlier in the Australian summer that much of the country faced extreme fire conditions this season, after several years of cooler conditions that had aided forest growth, but also created tinder-dry fire fuel conditions.