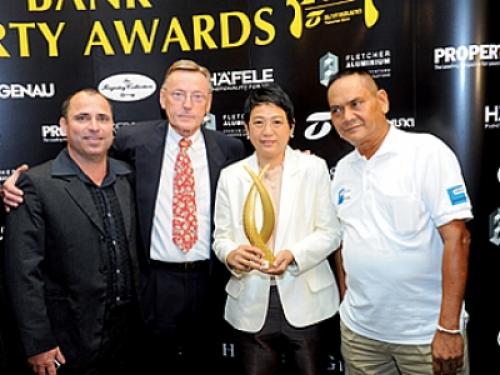 Canadian Tom Travers, managing partner of Indigo Real Estate agency, was knocked unconscious and had his cheekbone broken in three places during the attack. His girlfriend Jen Khamsorn suffered a broken nose when she was punched in the face.

Both are now at Bangkok Hospital Phuket in Phuket Town.

“Tom has one eye open and he can talk now,” Nick Anthony, founder and managing partner of Indigo Real Estate told the Phuket Gazette.

“They [Tom and Jen] have just had their x-rays. They should be going into surgery sometime this afternoon,” he added.

The altercation occurred just after 2am near the Catch Beach Club at Surin Beach.

“A young Russian man walked up and punched Jen in her face, breaking her nose, then the group were set upon by his [the Russian’s] three friends,” Mr Anthony said.

Two of the attackers were caught and held overnight, but have been released, he added.

“Catch staff, a brave taxi driver and other tourists helped to release Jen from a choke hold that was strangling her, and also subdued two of the attackers,” Mr Anthony explained.

The attackers were reportedly known to be staying in Rawai, he added.

Tourist Police and officers from Cherng Talay Police are now investigating the attack.

The names of the Russian men involved have yet to be released.