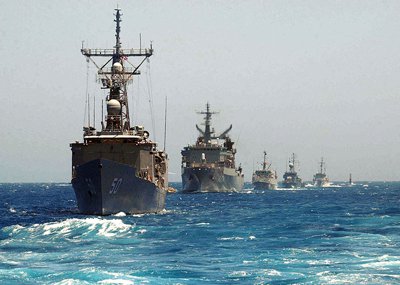 Speaking at the start of the Defense Ministers Meetings in Brussels, Rasmussen commended the Turkish government for the restraint it has shown in its response to what the alliance’s top official described as “completely unacceptable” attacks from Syria on Turkey.

The tensions began last Wednesday when mortar shells from Syria hit the Turkish border town of Akçakale in Sanliurfa Province, killing at least five people and injuring ten others. As more shells landed in Turkey, Turkish military forces responded to them, killing as many as 70 people.

“Turkey has a right to defend herself within international law,” he said. “I would add to that, obviously, that Turkey can rely on NATO solidarity. We have all necessary plans in place to protect and defend Turkey if necessary. We hope it won’t be necessary. We hope that all parties involved will show restraint and avoid an escalation of the crisis.”

During a press conference on Monday, Turkish President Abdullah Gül said the region is facing the ‘worst-case scenario.’ United Nations (UN) Secretary-General Ban Ki-moon also stated that the escalation of the conflict along the Syrian-Turkish border, as well as the impact of the crisis on Lebanon, shows the conflict is a “regional calamity with global ramifications.”

The crisis in Syria began as a pro-democracy protest movement in March 2011, similar to those across the Middle East and North Africa. The Syrian government violently cracked down on the protests, setting off an armed conflict between pro-Assad forces and anti-government forces.

The United Nations estimates that more than 18,000 people, mostly civilians, have been killed and more than 1.2 million have been displaced since the uprising against President al-Assad began 1.5 year ago. The opposition believes the number of deaths has already surpassed 29,000.