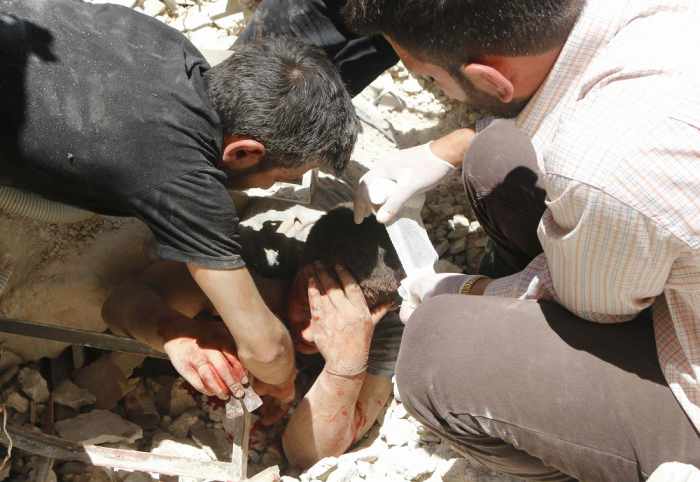 They said the army dropped several barrel bombs – highly destructive improvised explosives, use of which has been condemned by Western powers as a war crime – on the camp in the village of Shajra, 2 km (1 mile) from the Jordanian border.

“Women were wailing hysterically as they saw their dead children lying on the floor,” said Abu Mohammad al-Hourani, a farmer in the village who said he had helped to remove bodies after the dawn raid.

Hundreds of families fleeing intensified fighting between rebels and the army in southern Syria in recent months had taken shelter in the town near the border, which Jordan closed last year after taking in hundreds of thousands of Syrian refugees.

Authorities now allow only a trickle of refugees into Jordan from a U.N.-funded border crossing in a desolate area close to the frontier with Iraq, where relief agencies say they have to endure days of hardship before arriving. More than 160,000 people have been killed in Syria’s conflict, which started in March 2011 with peaceful protests against President Bashar al-Assad’s rule and became an armed rebellion after a government crackdown.