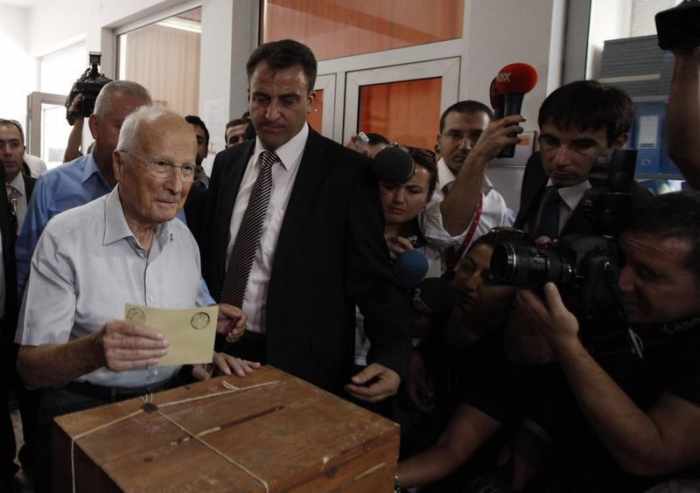 PHUKET: General Kenan Evren, 96, who came to symbolise the “Pasha” officer class that dominated Turkish politics over decades, was sentenced to life in jail on Wednesday for leading a 1980 coup that resulted in widespread torture, arrests and deaths.

Evren, who also served as president after three years of military rule, never expressed regret for the coup which he always argued ended years of left-right street fighting that killed thousands.

“Should we feed them in prison for years instead of hanging them?” he asked in a speech in 1984, referring to those executed after the coup.

Fifty people were executed by the military thousands more were arrested and hundreds disappeared.

Too frail to attend court sessions, he was sentenced to life in prison along with former air force chief Tahsin Sahinkaya, 89. Both were accused of setting the stage for an army intervention, then conducting the coup.

The case against Evren, who had lived for decades in retirement on the Aegean coast, was part of moves by Prime Minister Tayyip Erdogan to break the domination of the armed forces in politics. The generals, known as “Pashas”, forced four governments from power between 1960 and 1997.

Hundreds of other officers have been jailed after investigations known as “Ergenekon” and “Sledgehammer”. The army has also been excluded from state bodies that had exerted influence on politics, especially after the 1980 coup.

Throughout the trial, Evren largely maintained a silence, watching proceedings by video link. Because of his age, he may not serve his sentence in prison.