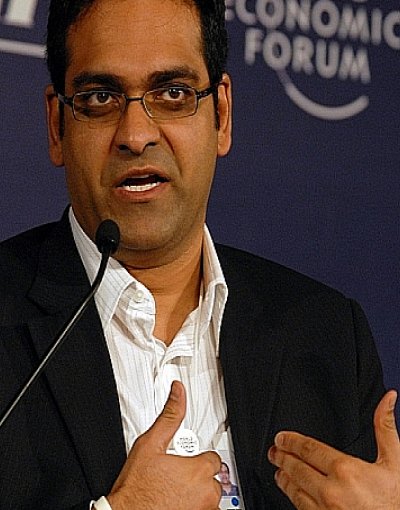 New Delhi Metropolitan Magistrate Sudesh Kumar claimed that the websites contain obscene pictures and content offensive to Hindus, Muslims and Christians. The court’s order comes just three days after another court restrained these websites in a civil case from publishing any ‘anti-religious’ or ‘anti-social’ content which promotes hatred or communal disharmony.

“It is also evident that such contents are continuously, openly and freely available to everyone who is using the said network, irrespective of their age and even the persons under the age of 18 years have full and uncensored access to such obscene contents,” the court said, as quoted by the Press Trust of India (PTI).

Earlier this month, the Indian government vowed to stop what it calls ‘offensive and defamatory’ content on internet websites. However, several major websites immediately rejected the plan and Indian officials complained their requests fell on ‘deaf ears’.

Telecommunications minister Kapil Sibal said on December 6 that the government does not want to interfere with the freedom of the press. However, he said, if the social networking websites are not willing to cooperate, then it is “the duty of the government” to ensure “blasphemous material” does not appear on the internet.

Social networking site Facebook, which has more than 25 million users in the country, said it would remove any content that is hateful, threatening, incites violence or contains nudity from the service. “We recognize the government’s interest in minimizing the amount of abusive content that is available online and will continue to engage with the Indian authorities as they debate this important issue,” Facebook said in a statement earlier this month.

Google said it would abide by local laws and take any material off if it violates its policies. “But when content is legal and does not violate our policies, we will not remove it just because it is controversial, as we believe that people’s differing views, so long as they are legal, should be respected and protected,” the company’s spokesperson said, as quoted by PTI.

India has about 100 million internet users, the third-largest number after China and the United States.

The Ministry of Information and Communications Technology built a gateway to block websites with contents defaming the royal institution.

This gateway which covers the whole of Thailand including Phuket, will also block sites which may contain pornographic material, amongst other content.

An Australian teenager who stabbed an Indian student to death has been sentenced to thirteen years in prison, local media reported on Thursday. The case was notable because it put political relations between the two countries under pressure.

The 17-year-old, who cannot be identified due to his young age, admitted to killing Indian accounting graduate Nitin Garg in January last year. The teenager was trying to steal Garg’s mobile phone as he walked through a Melbourne park on his way to work.

Judge Paul Coghlan sentenced the youth to 13 years in prison for the murder, with a minimum of eight years to be served before he is eligible for parole. The teenager has already served about 18 months in custody, according to The Australian.

The teenager appeared solemn and sad as his sentence was handed down, the newspaper reported. Coghlan said the boy had not intended to kill Garg, saying the foreign student was a “completely random” victim chosen not because of race but because of his presence in the park.

“Although this is a very serious crime, it was committed spontaneously,” Justice Coghlan said. “In circumstances such as these there just are no winners. One able young man is dead and your life is dramatically affected forevermore as a result.”

The crime, which followed a series of attacks on Indians, made international headlines and put the bilateral relations between India and Australia under stress. The Indian government strongly condemned the incident, triggering fears it would jeopardize Australia’s multi-billion-dollar international student sector.

The Indian government on Thursday put a draft law before parliament which seeks to provide subsidized food to more than half of the country’s 1.2 billion population, local media reported.

In addition, people belonging to the “general category” would get at least 3 kilograms (6.6. pounds) of grains at a rate not exceeding 50 percent of the minimum support price.

Earlier this week, the Cabinet approved the draft bill. Asked about the concerns raised by some opposition parties, Food Minister KV Thomas said: “The bill has been prepared after wide consultations in [the] last two-and-a-half years among various stakeholders including state governments.”

The subsidy plan is likely to cost $19 billion and would be implemented in phases, according to Indian media reports. However, the bill has come under criticism since it doesn’t address concerns about the fiscal burden.

Uttar Pradesh chief minister and leader of the Bahujan Samaj Party Mayawati said on Thursday that the bill was only tabled in Parliament by the ruling party as a political stunt in view of the 2012 assembly elections in five states. She said that the federal government is not addressing extremely important details such as funding and availability of the food grains.

According to the World Food Program (WFP), India is home to about 25 percent of the world’s hungry poor. According to government figures, around 43 percent of children under the age of five years are malnourished and more than half of all pregnancy women aged between 15 and 49 years suffer from anemia.